I finally stopped putting it off and booked the first chunk of my travel plans for the end of the year. As I may have mentioned previously I’ll be spending December as a resident in Vienna, Austria thanks to monochrom as well as a good chunk of the previous and following months. Since I’ll be in Europe for about 2 months I’m going to do what I can to check out neighboring cities and countries as much as I can, as much as time allows. Though I don’t want to stress about it too much. I’m trying to apply my patented “figure it out as I go” travel planning to much of this which is a bit zen, and a bit nerve racking all smashed up together. What I’ve got figured out at this point is that I fly from LA to London on around Nov 20th, and then back from London to LA around Jan 15th. If you are perceptive you already figured out that London is not Vienna, and are probably asking WTF? Well I’m using the magic of Frequent Flier Miles for that part of the trip and I could use them to get to London, but not to Vienna. London is closet to Vienna then LA so I figured that would be a good first step. It is right? Right?

I’m looking at a few of the econo-inter Europe airlines to get me from the UK over to Austria but if anyone has any suggestions I’m all ears. Opodo seems like a good springboard. Anyway.. I need to get there fairly quickly as I’m speaking at Roboexotica 2007 which begins on the 22nd. The theme of this years conference is “The Ghost in the Machine” and I’ll be applying some of those theories to online communities and giving a talk that, for the moment anyway, I’m calling The inmates have taken over the asylum… but that’s OK because as it turns out they are far more entertaining than all those stuffy doctors. We’ll see. 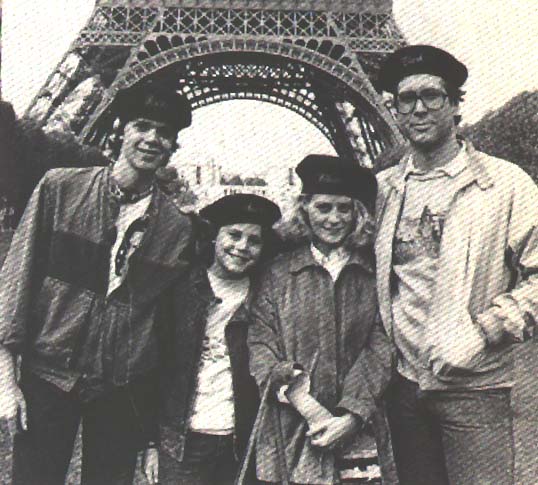 Early on in December I’m psyched to bring my old friend Scott Blake over to Vienna as well, where we’ll be showing off a bunch of his amazing work. Then at the end of the month I’ll be heading over to Berlin for 24c3 and will be there through New Years. 2008 is where the planning goes really up in the air. I’m sure we’ll head back to Vienna after the congress, but I’m not sure how long I’ll be saying. I know I fly out of London so I need to end up there but I’ve got about 2 weeks to do that so I may try to swing by a few Metblogs cities and meet folks who I’ve only previously e-mailed with, or cities where we aren’t and see if we can get something going. Because of this ending gray area I’m thinking of just getting a one way ticket from London to Vienna when I arrive and then figure the rest out when I need to.

I’ve never really spent any time in London so I’m considering trying to get back there by Jan 10th or so I have a few days to look around. Other potential stops are Graz, Paris, Gent, Prague, Amsterdam, Budapest, Born. I’d love to say I’ll be going to Dublin or Edinburgh but those aren’t directly in travel routes I’ll already be taking so I don’t know. I’m thinking of just grabbing an EU Rail pass of course, as luck would have it, that doesn’t cover the UK. Suggestions of course are always welcome.