Therefore I offer up this visual, via the fine folks at  lafixed.com 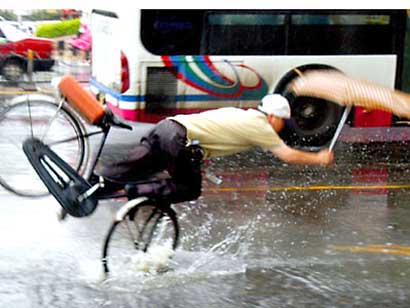 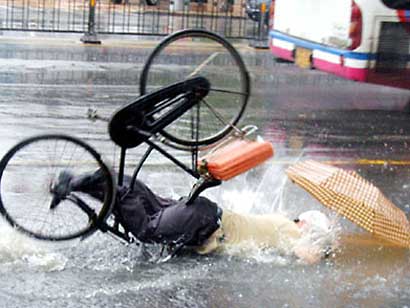 That is all, please return to your workstations.

In the last few weeks I’ve had a few conversations with people, mostly late at night, that may be worthy of further exploration so I figured I’d throw them up here for you all to pick apart.

Make Out Party. The first rule of Make Out Party is… you have to make out with someone before you talk to them. OK so basic idea here is inverting the social schema of meeting someone at a party, chatting them up for a few hours and maybe making out with them later on but throwing a party where in order to talk to someone you would first have to make out with them. Not some wimpy peck on the cheek either, really make out with them. Obviously there’s a ton of details to work out before this could actually happen, some kind of signifier noting if you were ok with kissing someone of your same sex, some kind of policy requiring you to bring someone you were sure most people at the party wouldn’t already know (because it would be pointless if you walked in and knew everyone there), and um, probably a lot of other stuff. I’m pretty sure this idea was sparked after a friend referred to himself as a kissing slut.

ebay coffee. I’m sure this had a better name but I don’t recall what it was exactly as it was late and we were in a pub in Dublin. In fact I don’t remember exactly who had the idea, Paul or Eoghan I think (guys, let me know who and I’ll give proper credit, or if *gasp* this is some kinda secret tell me and I’ll delete this) Anyway – the price of a product on ebay is determined by the demand, so what if coffee was priced the same way? At a specific shop anyway. OK, so for example let’s say a cup of coffee has a base cost of $2, but at 9am there’s a huge line at the coffee shop so the prices goes up to $4 a cup, late in the evening there’s almost no one buying coffee so maybe then it drops to $1. The price could fluctuate every 10 minutes or something and you’d have to go to the shop to see what the price was at that time. The idea being you’d spread out your customers through out the day with people who were happy to pay more and those who wanted to save a few bucks picking specific times to come, and the end result being you’d actually make more money as you’d have a constant stream of customers all day rather than just a few rushes.

“If your life flashes before your eyes and you don’t get a boner, you’re doing it wrong.” – Micah just posted that on his journal, proposing it might be the meaning of life. I might have to agree. Gender variations as needed.

Yesterday I played hooky with  Jason and Jessica and and went to see Cloverfield at the first showing of the day. Upon walking out of the theater I got an e-mail from my friend Peter in NYC who had just seen it as well, and a lengthy review he’d just written. Since I knew a lot of you folks are monster movie fans as well I got the OK to share the review here. The full thing is after the jump, and yes there are spoilers. As for me, I had a great time at the movie, ok, here’s Peter’s review:

I just got back from a screening of “Cloverfield” (digitally projected and looking very sharp). I thought you, my fellow monster fans, might enjoy some of my reactions – there are “spoilers.”

So, in brief, it is a fun “ride” of a movie worth seeing on the big screen and the decision to make it a “found videotape” is a gimmick which allows the story to have a very immediate “you are there” feeling. Yes, it could be described as “The Blair Witch Project” meets the American “Godzilla,” but it succeeds with this premise and there were some smart choices made so that it functions satisfactorily for a feature length movie. At a bit under 90 minutes it doesn’t wear out its welcome.

END_OF_DOCUMENT_TOKEN_TO_BE_REPLACED

Here’s a short snip of a few gems from the last few days… Starting with this e-mail I got yesterday:

Hi Sean,
We organize an annual internet conference for Public Media and are coming to LA next month. We want to invite the top 25 Los Angeles-based bloggers to attend the conference at the press rate of $250. I’ve been following your blog since we chose LA as our next venue and naturally you were one of our first choices to invite. Let me know if you’re interested in attending. I’ll need to approve your registration. I especially like the photography on your blog.

Best,
[redacted]
P.S. You can check out our conference on our website below.

To which I responded asking if I was being invited to the conference or being offered a discounted ticket. No reply. It’s also important to note two things here: First of all Press passes are usually FREE, in that the conference organizers want people there who will write about their event, and two I’m pretty vocal about how useless I think conferences are. I’ve never paid for one, and don’t plan on it. The value comes largely from the people together in the same room, area, city – not the sessions. I’ve seen very few panels, sessions, etc that I thought were worth paying for, and none that alone would have justified the cost of the conference ticket.

Also, we received an advertising inquiry at Metblogs that was basically “Hi! I’d love to buy an ad on your site, can you send me the rates, oh and also delete these negative comments about me first. Thanks!”

And then just now at the grocery store I overheard the following being said by a guy to a girl “You can’t break up with me, we’ve been together for 10 years, I can’t start over now!” that on it’s own isn’t too remarkable, though it should be noted that their previous conversation was her saying to him “No you have to buy the beer because last time I tried to buy it here they wouldn’t let me and your fake ID never has a problem here.”

So yeah. Do the math on that loveliness. Someone sent me the link to Moon Bicycles which isn’t a WTF at all, but rather an OMFG in the vein of Vanilla. Drool.

Back in the USSA

Hey folks, I’ve successfully made it through customs and homeland security without any permanent scarring and I’m back in LA trying to get through mountains of pile up. The next week is going to be full of opening, reading, and throwing out mail, getting food/coffee with people I haven’t see in months, last minute grunt work on the new Metblogs system and trying to get things in order for the next 6 months.

Posting here may be slow, but I’m home safe and sound and will have more to say soon.