My arms will never be cold again 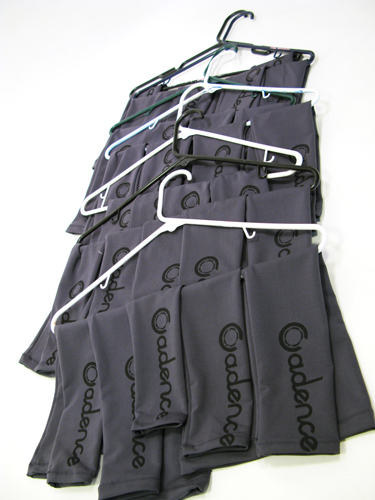 I know a few people who rant and rave about these skin tight arm warmer things they have for riding their bikes. It’s better than a long sleeve shirt for the flexibility of just yanking them off but also aparently comfortable as hell. After a few super late rides were I was juggling wind breaker, sweatshirt, etc I started to think they were on to something. I noticed that the folks at Cadence made some that weren’t too pricy and looked well made so I gave in and sprung for a pair. I only got them this morning so I haven’t been able to actually field test them yet but I can say right off the bat I’m impressed just handling them. Plus they are way smaller than I thought when not being worn which means the space they will take up in a bag (or pocket) once removed is minimal. I’ll test them out this weekend which is my next slotted middle of the night ride and report back, but at this point I’m actually thinking these will be great for traveling and not only cycling. That’s last night Wolfpack Hustle route. It was my 12th ride with the pack and the 4th ride I’ve finished. Front door to front door this is jut over 50 miles for me and at this point I’m pretty confident I can finish the ride every week. I might will certainly come in dead last, but I’m finishing which is so much progress from when I started riding with them back in October. At this point I’m even wondering if an increased gear ratio on my fixed gear, or riding a geared road bike would help me keep up a little better, but I guess that’ll get figured out in the long run.

Last night we went from Silver Lake to Encino to visit the velodrome, which was locked and gated. Of course if you think fences and locks work as anything more than a visual deterent you are sadly mistaken. I’d never seen a velodrome in person before, so seeing and riding one under the moonlight was pretty spectacular. Anyway, i won’t be satisfied until I’m finishing with the pack consistently, but this is pretty close to being a major personal milestone checked off. Big smiles.

Brief note about this weekend

Hi there. I may be harder to reach than normal this weekend and I wanted to apologize about that ahead of time for anyone trying to reach me. I’m under crazy deadline with the Metroblogging redesign but this weekend is also an ugly collection of anniversaries for me that I’d rather not think about any more than I have to. I don’t know what my plans are yet at this point, and seriously my just hide under my bed and pretend my world isn’t really full of scary monsters. I promise I’ll knock off this emo shit and be back to my normal smartassness by next week. Thanks for the thoughts.

Brains, and the eating there of.

Zombies. If you are reading my blog you should be well aware of the fact that I love the hell out of some zombies. So given that obsession I thought I’d share a few thoughts on some of my recent zombie themed consumptions. Some good, some bad – and this is plenty full of spoilers so if you don’t want to know about them don’t keep reading. Of course if you do, then, um.. yeah.

First off I just finished all three hardbound editions of The Walking Dead graphic novels and they turned out to be as awesome as I’d heard they were. I’ve actually been wanting to pick these up for a while but it wasn’t until a gift certificate I got for xmas that I just threw down and grabbed them. These are quick reads as you might expect but the storyline doesn’t suffer from that at all. Like any good zombie story the interactions between the non-zombies is the real focus and theres some top notch storytelling going on here. The one complaint I’d heard was that the artwork made some of the characters hard to tell apart, but honestly I didn’t notice that as a problem. The individual characters are extremely well developed and you understand how and why they react in some situations the way they do and while some of the story lines have been seen before (friendly survivers vs not so friendly ones) the little twists make them still completely enjoyable. 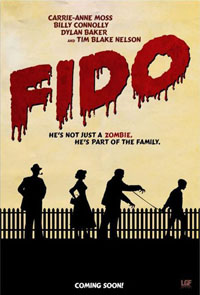 Let me just say this right out of the gate, Fido fucking ruled. I had no idea what to expect walking into this movie and I haven’t been so plesently surprised in a long time. It’s a totally new twist on the genre set in the technicolor world of the 60’s seemingly following the storyline of Night of The Living Dead but taking place after the zombie war is over and done. It’s a comedy more than a horror movie and and the basic story line is that a company has come to the forefront and figured out a way to domesticate zombies so rather than just killing them, people can use them to do house work and other things that a slightly smarter family dog might be expected to do. Of course it’s never that simple and some of the relationships aren’t what they seem. This film is spot on with every detail and never takes itself too seriously. I could watch it again and again, and probably will. Definitely an awesome addition to the world of zombie movies. A+++ Will do business again! 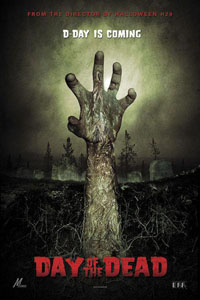 For every little bit of awesome in Fido there is a bit of suck in the new Day of the Dead. Seriously, it sucked so bad it was nearly unwatchable. I found myself saying outloud “you have to be fucking kidding me” again and again. It’s one of the worst zombie films ever made. OK, it’s not quite as bad as the Return of the Living Dead series but it’s damn close. You might be thinking this is obvious because it’s a remake and there for destined to suck but then again you might be one of the people who refused to see the new Dawn of the Dead which means you missed out bigtime. I’m sorry but it’s true, if you didn’t see the new Dawn you can’t call yourself a zombie fan. Pack it up and go watch Batman Forever or something. But I’m ranting here. In the same vein as Dawn this is a remake in name alone. With the exception of a few minor story points this is an entirely new movie, and entirely sucky. Look, we can all admit that the original Day was not the best thing Romero ever did but that’s no excuse for the massive piece of crap this turned out to be. Everything about it made me want to claw my own eyes out, and I can only hope that the people making the movie did the same thing because if they were blind that would slightly begin to justify how shitty everything about the movie was. The effect, if you can even call them that, were YouTube quality and calling the young soldier boy “Bud” at the beginning actually physically hurt me. But, point is I watched this so you don’t have to. Unless you hate yourself and want to endure needless suffering, then go ahead. Otherwise run in fear.

Jumping back to the print world, I finally picked up the final chapter in David Wellington’s triology, Monster Planet. I loved the first two books (Monster Island & Monster Nation) and while I’m only halfway through this one it’s a perfect continuation of the story. While the first two books take place almost simultaniously, this one is set 12 years after the fact and picks up right where you’d hope it would. If you haven’t been following the story it’s totally worth picking up the first book and seeing how Wellington takes a new angle to this by telling part of it through the eyes of some of the zombies that managed to maintain some bit of consciousness. With the first two books I could barely put them down and only my current hectic schedule is preventing me from doing the same with this one. I’m kinda sad this is the final piece of the story, but super glad to have this series in my library.

OK, that’s all the zombieness you get at the moment. Now I have to get back to real work. Enjoy! 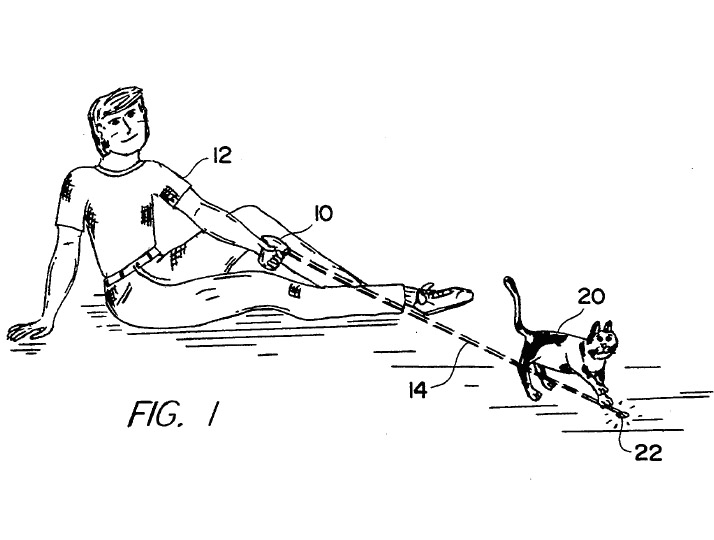 It was determined this weekend, after thoughtful consideration, that a new form of urban warfare could be easily enacted with simple laser pointers. As we all know cats, or Felis silvestris catus,  find laser pointers completely fascinating and can’t pass up the chance to chase them and try to attack them. Of course they never catch them because it’s just light, but cats don’t understand that scientific part of it.

So the thinking is that you drive down the street with a laser pointer directed at the parallel sidewalk for several blocks. Any cats in the area will be drawn to the beam and chase it instinctually. After about 6 blocks you’ll most likely have around 35 cats chasing the laser (45 if you are in the neighborhood of a crazy cat lady) and by this point they will be pissed. This is when you stop driving and aim the laser onto the chest or face of your target. The cats will then pounce onto this person trying to get the laser, and thus rip him/her to shreds. A side benefit is that once your disengage the laser the cats give up and run away leaving no evidence. Unless of course someone is watching, in which case you can just repeat the above targeting them at the end.

This information is provided for informational purposes only and is by no means meant to influence anyone. If you are a member of the Bloods, the Crips, MS-13, SLXIV, 18th Street, Vatos Locos, Rollin 30’s, East Side Playas, West Side Mafia, KAM 13, VNE, TMC, BTK, MBZ, JFX or any related private social organization, please do not read the previous leathal suggestion.