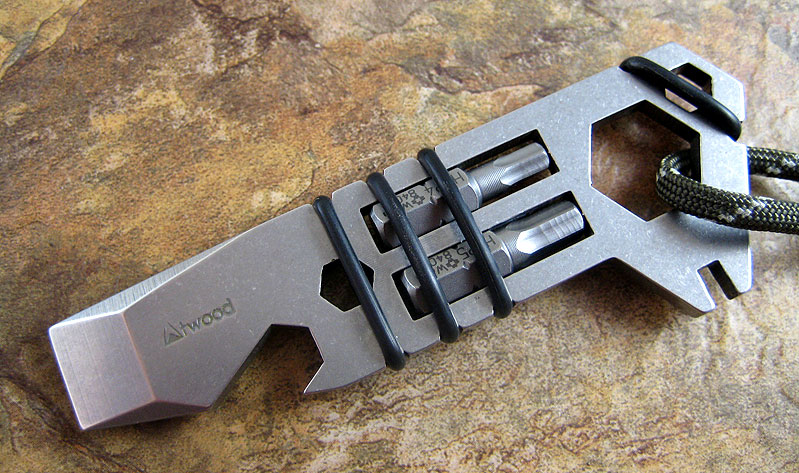 Once again Peter Atwood has proven himself well worth every cent I’ve ever spent with him. I’ve written before about his insanely cool and perfectly designed pocket sized tools and how much I love every one of them I’ve ever gotten my hands on. I’ve written before about how impressed I was with his stance that with his increased popularity he was opting to keep doing things on his own, by hand, in limited runs because it’s something he loves rather than higher a staff and turn these “items” into “products.” I knew this meant it would be that much harder for me buy anything in the future but completely respected the decision. Of course that cam back to bite me when he released the above pictured bike tool. As you all know I’m a bike nerd and that is really about as close to perfect a pocket tool could get for me. Unfortunately after trying unsuccessfully for weeks to buy one on his site (they sold out QUICK!) I e-mailed him just asking if he was planning to make more and if so if he had any suggestions for how I might be able to get one. I had no reason to expect him to be any nicer than he’s been in the past, and expected a quick “I’ll have some available monday, check back then” kind of reply, but instead he wrote back right away saying he had one left and it was mine if I wanted it. Wow. I’m blown away. This guy is all class, and his tools are top notch. I can’t recommend them enough.