Qwitter is bad for everyone

I’ve been meaning to write something about Qwitter for a while now but have been holding off because of two main reasons, namely that I really despise the app coupled with the fact that I really like the guys who built it. If you don’t know already Qwitter monitors your twitter account and notifies you when someone stops following you. It’s built by Ireland’s Contrast who are extremely cool and totally rock in my book. So, there you have my biases front and center. 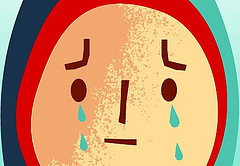 My biggest problem with Qwitter, and the one that covers all the bases in one shot is that is creates drama and negativity from something that should be innocuous. Can you imagine if there was a service out there that notified you when someone you know chose to move an e-mail you sent them from their inbox to their archive folder, or worse to delete it? If you got a notice saying “Britney Spears just deleted the e-mail you sent on the 5th of October with the subject ‘OMG R U Pregnant AGAIN?!’ ” – Even if Britney had already responded to your e-mail you’d be forced to wonder what she was thinking when she clicked delete. Maybe she was pissed off at you and steaming at the thought of it, or maybe she was just deleting all the e-mails she’d gotten last month that had already been responded to. You wouldn’t know either way, but are now forced to wonder. An act as simple and common as deleting an old e-mail has now sparked feelings of resentment.

In a way that is what Qwitter does to twitter. I’ve written before about how I use twitter and have heard from a good number of people that their usages follows mine to some extent. On any given day I add 2-3 people, remove 2-3 people, read the tweets by several people that I don’t follow by looking at their page on the site, and maybe turn notifications on or off for a person or two. If I’m traveling, that gets compounded. Frequently when going to a new city I’ll start following 10-20 new people who I might be interacting with, and I might stop following 10-20 people from a previous city who I won’t be running into on a daily basis. I’ve written about how when I start following more than 200 people the flood of tweets is so constant that I miss more than I get and it becomes useless for me. And the beautiful thing is that because of the web version of twitter, and tools like Facebook, Ping.FM, Friendfeed, Loopt, etc – I don’t need to actually “follow” someone on twitter to read everything they post to twitter. To go back to the e-mail analogy I don’t need to keep an e-mail in my inbox to be interested in what the person has to say.

Qwitter ignores all of this and makes the assumption immediately that one person stopped following another because of something they said. This is one of the notices Qwitter might send (example taken from their own site)

What’s the difference between Arial and Helvetica?

The immediate assumption with a message like this is that Gruber is annoyed with you asking about Arial and Helvetica and has kind of kicked you out of his house for asking. Now you are left wondering why that bothered him so much, and what you can do to get back in his good graces. Or worse you might start nit picking things he’s saying on twitter or unfollow him in retaliation. Maybe you’ll get really pissed off because you think it’s a totally fair question and you’ll tell other people what an ass Gruber is for dissing you like that. Maybe next time you see him you’ll confront him for this dick move and demand he explains his actions?

So maybe a week goes by and you are getting right pissed about this, and finally you see this Gruber character and you give him a piece of your mind. But what happens if he points out that he had no problem with your question and actually was writing up a longer reply for you that he was planning to post to your Facebook account, which is where he follows most of his good friends now since his boss and coworkers are now on twitter and he uses that mostly for business these days. Now don’t you feel like a jerk? Thanks Qwitter! If you think this is an extreme example then let me tell you about ones that are actually real. I’ve had 4 people confront me because I stopped following them and Qwitter told them. All 4 of those people were pissed off at me for it. 3 of them had stopped following me to get even. The one who didn’t, well he didn’t follow me to begin with but was still angry, yet in the e-mail he sent me he noted that he didn’t know who I was. The truth is I didn’t know who he was either, don’t remember following him, don’t recall anything anything he’d ever tweeted about and can only assume I added him by accident at one point when following a reply thread. Qwitter caused negative drama between two people who don’t know each other, have had no interaction, and really no reason for any bad feelings. In the other cases the extremely negative assumptions people had made were mostly wrong. I’d stopped following them because I read their updates on other services, or because their tweets were mostly links to posts on their blog which I’d already seen in my rss reader. In one case the person was someone I’d only met once, added them but after a few weeks realized I didn’t have much in common with and probably wouldn’t be interacting with them again so no reason to keep following them. They didn’t do anything wrong, however thanks to Qwitter they assumed I was angry with them about something they’d posted.

And those are just the ones I know about, what about people who don’t say anything but see someone unfollow them and decide it’s because of what or how they write and then start stressing about it. Some folks will surely try to adjust what they say on twitter to prevent people from dropping them, which kind of defeats the idea of twitter in the first place. Is twitter there for you to share your thoughts, or only for the thoughts that other people have given a seal of approval to? The truth is there are a million reasons someone could stop following someone else on twitter, the majority of which are totally harmless and innocent. This matches up with the million different ways people can use twitter itself. Qwitter doesn’t allow for any of that and assumes all people use twitter the same way and if someone stops following you it’s because you did something wrong. That’s a terrible assumption to make and doesn’t benefit anyone. Twitter understands this and that is the reason they don’t send notifications when someone stops following you. It’s the same reason they don’t require you to follow everyone who follows you – because everyone uses it differently and it’s a mistake to try to paint one persons usage habits on everyone else.

On the Qwitter site they note that “Qwitter is not affiliated with Twitter, but wouldn’t it be cool if it was?” My answer is no. Qwitter is not good for anyone. It takes something fun and useful and turns it into a dramafest. I know this isn’t intentional. I’ve meet Paul and Eoghan from Contrast and they are both smart, stand up guys with a ton of talent and great ideas. I can’t wait to see what they come up with next, but I really wish Qwitter would die in a firey hell.