“Music’s only work to them. It’s not to me. So I say hats off to bands that change. Good luck, go your own way. Why play for us if your heart’s not in it? Cause what might seem dumb to you is pounding in my heart.”
– New Direction, Gorilla Biscuits

I don’t remember when I first heard about Fucked Up, a newer yet somewhat mysterious hardcore band from Toronto, but I do remember thinking I couldn’t believe I hadn’t heard of them sooner. I know it was an article about them that spent a lot of time talking about their live show and before I ever heard a single song they played I knew it was something I had to see. The truth is I felt like it was something I’d seen before and needed to see again.

I’ve talked before about how when I left Victory Records in 1998 I was completely burnt out and jaded about the music industry. I’d closed down my own label a few years earlier but it had been a while since going to shows was anything more than business to me. That itself was soul crushing because music has always meant so much to me and the shows I grew up attending, every single one of them, shaped me in ways and meant more to me than I could ever explain to anyone. Except maybe the people who were there but those are the ones who already knew it. So even though I’ve recently gotten over my aversion to going to shows I definitely feel more like a spectator rather than a participant, and often I look at the audience and sometimes the band and can’t help but think they are just reenacting something or trying to relive something that ended a long time ago.

When I read about fucked up, something about them sounded more authentic. Something sounded like they were doing it for the right reasons, and that was enough of a motivator to get me to go see them. Last week at Gilman during a Thorns of Life show Blake Schwarzenbach mentioned something about making punk scary again. This is kind of amusing because as highly as I think of pretty much everything he’s ever touched musically I’d never consider any of it scary. Fuck, I grew up in Tampa for crying out loud. So when I heard Fucked Up were coming to LA I got tickets right away. If punk could be scary again, I felt like these would be the guys to do that. Tonight was that show and it was so much better than I could have hoped. I’ll skip yammering on about the songs – go listen to them and either you’ll love them or not. But what I will say is it was the most authentic hardcore punk show I’ve seen since the time I saw Assuck & Rorshach play in Jason Dooley’s garage in Gainesville. There’s something about the perfect combination of being convinced that at any moment you are going to suffer serious bodily injury and yet being unable to push any direction except closer to the band because they’ve trapped you in the gravitational field of awesome they are generating simply by doing their thing. This doesn’t happen when a band sets up and plays a few songs they think you might like, it happens only when every inch of their being is getting stuffed into every song for the sake of that alone, and if anyone likes it that’s just a bonus. I screamed along to every song, even the ones I didn’t know and for the first time in a long time felt bad for not knowing the songs being played as well as some of the folks around me. Often literally climbing over my head for the chance to sing along. Maybe I’ve been too jaded. In fact I know I have. I’ve taken the “I’m an old dude now and nothing will ever be as important as it was when I was a kid” position more often then I want to admit but as I said in a text message as I was walking out of the club tonight, Fucked Up just restored my faith in punk rock. It’s true. Every jaded thought I’ve ever had was wiped out halfway through their first song. This wasn’t just a good show, it was everything I remember being important in punk that I stopped seeing long ago. I feel like I’m gushing at this point, but seriously this show was inspiring because finally I felt like I was a part of something again, not just watching from the sidelines. 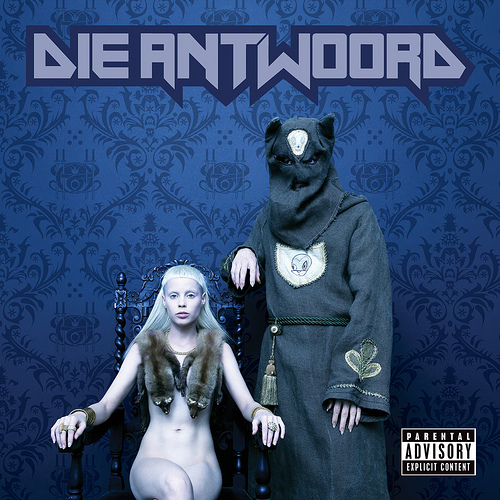 Fugazi song of the moment