I’ve decided to sell my collection of Derek Hess prints. All are low editions, signed, and from the late 90’s. I’ve listed them on ebay if you are interested in them. 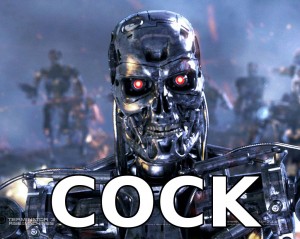 END_OF_DOCUMENT_TOKEN_TO_BE_REPLACED

Since people were asking I posted how I was packing for a week in Japan with only one bag. Since I’m currently mid-packing in Tokyo to return to LA I thought I’d evaluate how that worked and what I’d do different next time.

Two things I didn’t take into account enough – the incredibly hot and humid weather and the ability to do laundry in the sink in my hotel room.

Because of the heat, had I to do this over again I would exchange one of the long sleeve shirts I brought for a short sleeve one. I never wore the extra long sleeve shirt that I brought. I’d also bring along another pair of shorts because some days the humidity really was bad and those would have helped walking around.

Because of the laundry I was able to keep the majority of what I had clean on a cycle, and ended up with a few unworn items so I should remember that for a trip of this length I can likely get by with 1 or 2 less pairs of socks, underwear and t-shirts.

This was one of the first trips I’ve ever brought 2 pair of shoes and I rather enjoyed the flexibility that gave me.

In the technology world, the Airport express was a life saver because the hotel only offered wired internet. I also should have double checked the power situation because while Japan uses the same plug as the US, often they don’t have 3 prong options and the mini-powerstrip I brought required 3 prongs so that ended up being useless.

The biggest surprise for me was how much I used the Kindle for iPhone app to read books. This turned out to be perfect and next time I think I’ll load that up rather than bring any physical copies of books.

Google and Mobile: The Takeover

File this post under ill informed musings rather than insider info, but for a while now I’ve been expecting Google to take over the mobile space. I mentioned this on Twitter today and judging by the reactions from folks this isn’t math a lot of other people are doing. But to me it’s pretty clear. Let’s look at the situation…

As it stands I don’t know anyone who is truly happy with their phone service – people complain about expensive service with intolerable roaming charges. Spotty reception in even major cities. Hidden charges and lengthy contracts. Additionally the devices are either crazy expensive or poor design and features, if not total pieces of crap. On top of all this, everyone knows they are paying for something that is essentially already built – the phone companies aren’t looking to innovate or improve so much as stay a few cents cheaper then their closest competitor. I mean really, our technology can put a man on the moon but it can’t give me consistent mobile service between downtown Los Angeles and Santa Monica? Come on, I’m sure no one really believes they are doing the best they can, likely they are doing the least they can and still attack a price tag to it. I could be completely off base on that, but that’s my perception.

END_OF_DOCUMENT_TOKEN_TO_BE_REPLACED I’m in Tokyo for the week for a few things which are all very exciting and awesome that I can’t wait to talk about in the (hopefully) near future. As you know I generally like blogging while on the road because it’s a good way to clear my head each day but I didn’t bring my MacBookPro because it’s in the shop, instead lugging around my Lenovo Netbook which is great for somethings, but not so hot for reflective writing because the smaller keyboard means frequently mistypes and makes it impossible to “get in the mood” so to speak. I have been posting pics so you can follow along at home if you like. Will recap when I’m back on a real keyboard. That is all. One more secret project out of the darkness: iPhun!!

A few months back Tara came to me and said she and Rudy had been brainstorming about an iPhone Game review webshow that they wanted me to host. Since I spend an embarrassing amount of time and money on iPhone games I thought it was a great idea. Lots of back and forth, calling in of favors, and hardwork later it’s done and online for all to see. We’ve got about 10 more episodes that we’ll be releasing over the coming weeks. Shane Nickerson and Jason DeFillippo played guest host on these episodes and we had a bunch of fun shooting them. Kent Nichols, Casey McKinnon and Xeni Jardin also helped in big ways. Endless thanks to everyone involved, and I hope you dig it.

And as you may have guessed, more coming soon. Stay tuned.

I was talking the other day about super minimal travel and decided it was time for another “what I’m bringing” post, even though by this point it’s kind of old hat. I’m heading out to Tokyo in a few hours for a 10 day trip, here’s what I’m bringing: I’m putting all of this in one backpack and one shoulder bag (photos of those after the jump). Click the above photo for details on what all that is. I’m actually brining a little more than I usually would simply because I’m not sure what my laundry situation will look like so I’m bringing things I can wash in a hotel room, and a few extra just in case drying takes a little while longer in the humid weather they are having. The bags are also a little larger than I would usually aim for (but I’m kind of giving them both a trial run for Urban Journal) so they actually have more empty room then I would like. Or as Tara explains it, extra room to bring her back stuff.

Not pictured are my iphone which I took the photo with, and toiletries since i generally don’t pack those until morning when I don’t need them anymore. Pro tip: I pack toothbrush, deodorant, melatonin, hair stick, but no shampoo or toothpaste because I can buy those there and that way I don’t have to pull anything out for TSA.