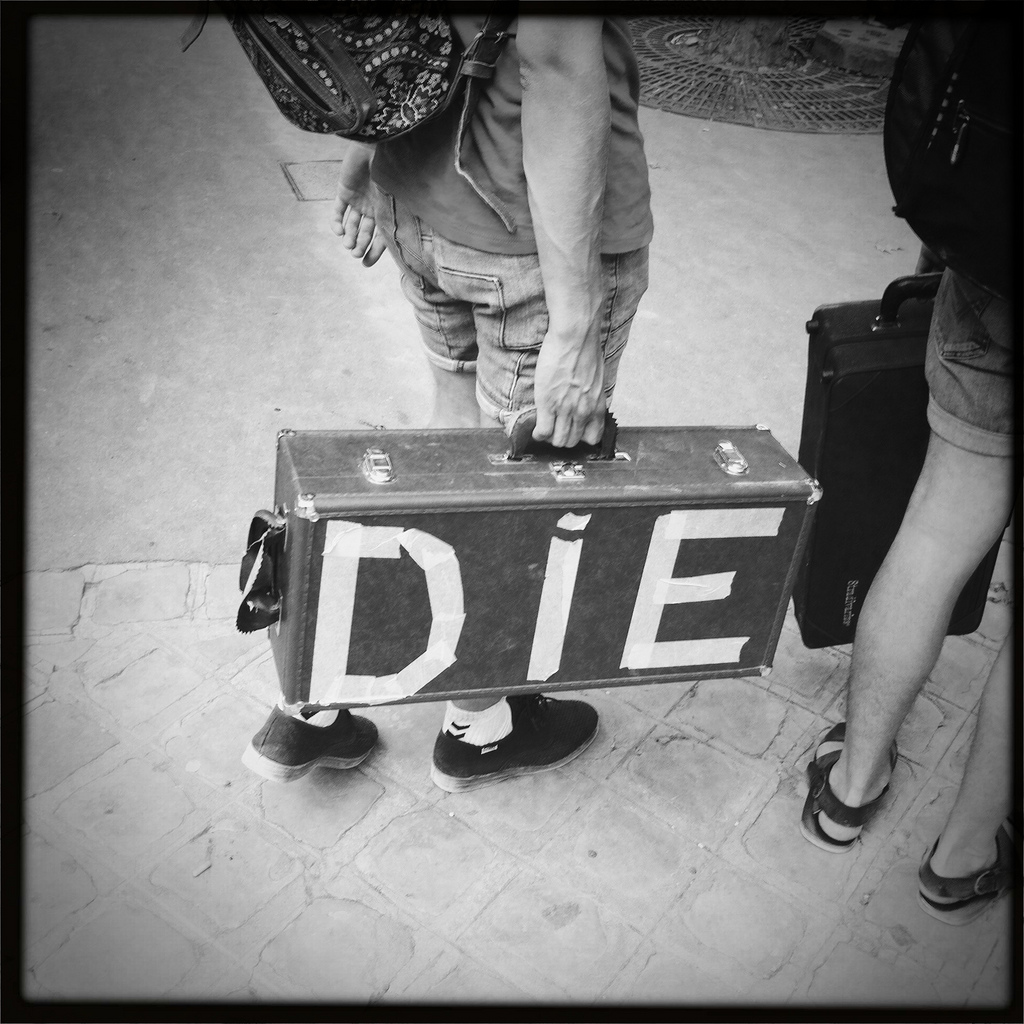 I always wanted to be a rock star.

Not for the usual reasons including the endless supply of cash and groupies, but I suppose those wouldn’t be terrible perks. I mean, if I had to take the cash and the groupies I suppose I could go ahead and do that. The groupies at least, I wouldn’t want to disappoint them you know? That wouldn’t be a very nice thing to do so I guess I could go ahead and take the groupies. But now that I think of it if I was going to run with the whole endless supply of groupies, I should probably have some extra cash on hand for groupie related costs that might come up right? I’m sure groupies come with a whole sting of related costs that we non-rock stars never think about. Lets say you give out a few band t-shirts at the very least, those still have to be paid for by someone. And then there’s the settlements and abortions that no one wants to talk about, those aren’t cheap right? OK so just to be safe I should probably take the endless cash too, but really that is just to keep the groupies happy and I’d only be saying yes to the groupies to avoid getting the reputation of being a dick. If I was a rock star I’d definitely be the lover not the fighter kind. Well, maybe a little bit of a fighter, just for the reputation. A rock star has to have a reputation, thats where the legend will come from later on. So I’d be mostly a lover but a little bit of a fighter, just every once and a while, nothing excessive.

No, those aren’t the reasons I spent the majority of my youth dreaming of my unrealized rock star future. It was because rock stars can get away with writing anything. To be a good writer you have to give it everything you have. You have to spill all the gory details, sparing no pain or suffering. You have to lay your insides out for the world to judge and you can’t hold anything back. As a writer as soon as you start pulling punches you get boring and people know you are faking it and that is the end of it. The truly amazing writers leave no parts of their lives untouched and give everything they have to their stories. Bloody, sweaty, tearful. Goodness, badness, ugliness. Life, love, regret. If you want to be a writer that is worth a damn you have to open up and spill all of it. Think about the writers you enjoy reading and you’ll know just what I’m talking about. Writers are applauded for being frank and courageous by talking openly about their lives. No writer was ever celebrated for being coy and vague.

This is probably not unrelated to how much of a disaster many writers are on a personal level. Train wrecks. All of them. But that is what makes them interesting and compelling. Who wants to read a brutally honest story about what a perfect life someone has, free from any stress or confliction?

Fiction writers get off easy because they can blame anything on their characters. They can explore their deepest darkest secrets and call it an artistic experiment. This is good for readers because we end up with characters like Tyler Durden and Holden Caufield that we can all cheer on and blame our support on ‘enjoying a good story.’ Of course the best characters are just thinly veiled represntations of their authors and it’s not too hard, when you look at the rest of their lives, that much of Tyler’s rantings wouldn’t have been too out of place if Chuck had said them himself, and that if you talked to JG you could safely assume he thought you were a big phonie. This is great if you can write fiction. I can’t. I’ve tried and it’s freightening how bad I suck at it. I keep trying though and maybe someday I won’t suck so much but don’t hold your breath thinking you might read some of it someday. It’s pretty bad.

I’m much better at non-fiction, and at the autobiographical and self reflective non-fiction at that. The problem with this is as mentioned before, to be any good at that a writer needs to be brutally honest. Actually it’s not so much a problem, in fact it’s really the main draw to it for me. Writing has always been my own form of self therapy. And I say that as someone who has spent what is probably combined years worth of time in actual therapy. Talking about what I’m thinking and feeling and experiencing helps me understand what I’m thinking and feeling and experiencing. It’s almost like I can’t make heads of tails of it until I spell it out for myself. When I’ve done that in one of an endless string of psychologists offices it’s been helpful but I usually leave thinking it would have been more helpful, and less expensive, if I’d just written about it on my own. It’s amusing because I’m so cripplingly self conscious sometimes that I can’t walk down some metal roads verbally with people, but I can write about them and lay them out for the world to see without any hesitation. That was easy for me when I used to photocopy my writings and pass them out fanzine style, and it’s only easier now that I have a blog and the web as my distribution tools.

The hang up is I’m rarely thinking or feeling or experiencing anything on my own. Frequently there are other people involved in some way. And writing about anything that involved anyone else unintentionally drags them into it. I’ve always been aware of this and explicitly avoided speaking for anyone else in my writing. My writing is introspective, admittedly and to a fault sometimes, but it’s what keeps me sane. I’ve been pouring my heart out in text since as far back as I can remember and I know I’ll do it for the rest of my life, but I guess I just want to rack up as few casualties as I can along the way. Some people deserve to be casualties and while I’ve never intentionally outed anyone, if someone figured something out I probably wouldn’t jump to their defense. But that isn’t the thing that worries me, the thing that scares me are the unintentional casualties. Any experience you have with someone, chances are you have with many someones. At least in a general sense, so when writing about those things it’s too big a leap for more than one person to read it and sense a connection. But really, that’s a good thing right? If you read something and it evokes an emotional reaction of any kind then the writer has done their job well. This applies equally to people you know and people you don’t know. One of the things that reassures me about this is the comments and notes I get from people who I’ve never met in my life who say they relate to something I’ve written. I know I’m hitting a chord then. And so if people I don’t know are relating to things, you’re goddamn right people I do know will relate to them as well. And some will take it personally. And some will become unintentional casualties.

Maybe I’m just being a huge pussy about this and assuming people will expect the worst.

And if you think I’m talking about you, well… that’s kind of the point isn’t it?

Of course now I’ve built this up so much as if I have some scandalous thing to write about and I’m fearing fall out. I don’t and I’m not. It’s just kind of a general musing about how musicians kind of get a free pass on this one. They can write about anything and people will assume they are drawing from experiences throughout their lives, or from their friends experiences, or just flat making shit up. With writers people assume the experience is immediately relevant in their lives. Sometimes it is, sometimes it isn’t. I know I’ve written about thinks with 20 year hindsight, and I’ve written about things that happened yesterday.

Though not recently because I haven’t been writing shit. This is my mental drain-o.

Time, and the managing there of