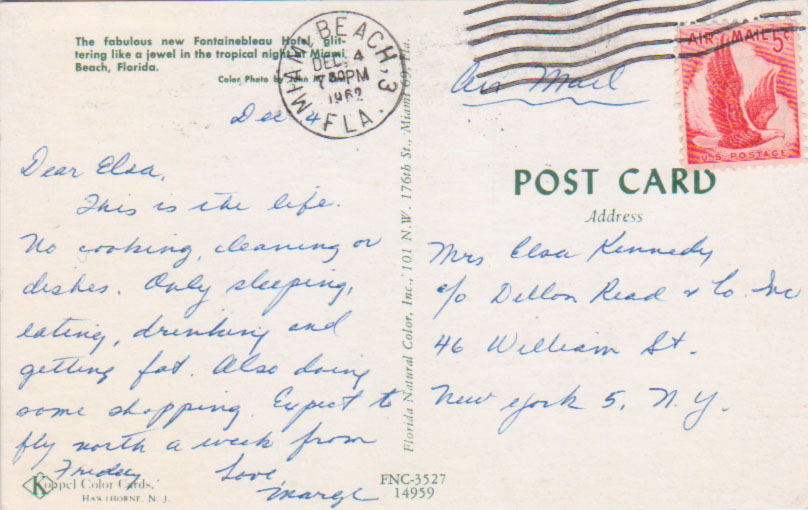 I’ve never been too good at keeping in touch with people, this might sound strange given that I’m often associated with having a large network of friends and folks I’ve been involved with but I have a short attention span and put a lot of focus into what is in front of me at any given time which means that without realizing it I sometimes go weeks, months, even years without being in touch with people I genuinely like and care about. I’ve frequently chalked this off to just being busy but in hindsight this probably makes me a bad friend.

The worst part of that is once I’ve been out of touch with someone for a long time I don’t really know the right way to get back in touch with them. Either because I don’t know their new contact information or because I don’t know the context that would be fitting for a hi and hello. The last thing in the world I’d want to do is come off like I wanted something from them, as that is one of my biggest pet peeves when people I used to know reach out to me. For example, I interacted with a bunch of people when I was running a record label in a variety of ways. When I shut down the label a bunch of those people disappeared from my life as well. Years later when I was co-running an art gallery some of those people would pop back into my life but it was clear they had an agenda, they didn’t really know what I was doing but assumed it might help them out somehow. It was pretty lame. I’ve noticed the same trend again recently with people I was somehow involved with at the gallery who I haven’t heard from in years and are suddenly sending me notes to the effect of “Hey man, remember me? I saw you are writing for BoingBoing a lot recently, check out this thing I’m doing now..” – really. Is there anything shittier than that? (Don’t worry, I’m not talking about you. Unless you think I’m talking about you, then maybe I’m talking about you.)

But this is the thing right, the problem is I feel like they want to use me, not be friends with me. And reflecting that back on my own experiences I don’t want to be the kind of person who comes off as trying to use anyone.

Anyway, back to the point. When you loose communication and then try to rebuild it later it’s always suspect. It’s always suspect for me anyway and I try not to be that way to other people. The Japanese have a custom of sending news years cards out to their friends. This is a lowest common denominator level of effort but it it is some level of effort and it maintains some level of contact. It’s just enough to prevent those friendship ties from fading away to nothing. If at some point down the line you need to touch base with someone again, it’s doubtful they will think you don’t care about them unless they have something to offer because at worst the last time you’ve been in touch with them was the previous New Year when you took the time to send them a card.

I think this is a brilliant tradition and it’s something I’ve been thinking of taking up on my own because I don’t want these people who have been a part of my life to fade away and think I don’t care about them, but I also don’t want to have to manufacture a good reason to get in touch with them. Just saying hi should be enough. So in that right, a simple card saying Hi and letting them know I was thinking about them probably goes a really long way. I know it would if the situation was reversed.

I don’t think exceptionally highly of people I haven’t talked to in 10+ years who all the sudden get in touch with me hoping I can be of some benefit to them. However if at any point in the last few years they had reached out to just say hi and shown some level of friendship it would be a whole other situation. That said, it’s 2011 already and doing things that require the involvement of the post office or licking stamps seems kind of archaic, right? But I want to try to do something. My friends have always been the most important people in the world to me, definitely adopted family, and I hate the thought that I’ve let some of them fade away over the years for no good reason other than life getting in the way.

Messing with the design