Bits and Pieces – The Guns Of Bradenton

My first job, the kind with assigned hours and a regular paycheck was at a crab restaurant out on Anna Maria Island. I was a dishwasher, and I’d either just turned 15 or was about to. I performed a bit of circular logic explaining that I needed to get the job so that I could afford to buy a scooter, which I obviously needed to have in order to get to the job without having to get a ride from someone else. Thinking back I don’t know how anyone bought that half assed story, but they did and I went to work. The job was a nightmare, and it literally gave me nightmares, but I got paid and saved up and was able to buy the scooter of my dreams. It was a red 180cc Honda Elite and it maxed out around 45mph.

END_OF_DOCUMENT_TOKEN_TO_BE_REPLACED

Bits and Pieces – the intro

I’ve been very guilty my whole life of spilling my guts in public. Initially it was kind of a self defense mechanism, I thought if I broadcasted all my dirty laundry then there was nothing anyone could ever pull out from my past and embarrass me with. I never had to live up to anyones expectations if I was diligent about making sure they had none. I couldn’t disappoint anyone if they didn’t expect anything in the first place. That was my plan and it worked pretty well for many years. I’d proclaim ‘my life is an open book’ and pride myself on answering any question at any point, and regularly over shared. I had dreams of being the front man in some band and writing beautifully vague songs that eluded to all these stories, but until then I’d have to settle for simply writing or just telling them to people on a regular basis. I was pretty mopey most of the time and thought I could get some good sympathy points by talking about how bad off I had things. I didn’t have any money for that thing everyone else did. I wasn’t cool enough to be a part of some scene. I wasn’t good enough at that thing everyone else was. I didn’t get the girl. I didn’t save the day. These were common themes for me and I’m sure there are some horribly embarrassing high school notes out there somewhere that I wrote to cute girls who I probably had no business bothering with my shit. I’d totally post them on my blog if I still had them.

END_OF_DOCUMENT_TOKEN_TO_BE_REPLACED

I know the great Brands Vs Google+ war of 2011 has sort of cooled off so far, but there’s something about it that has been chewing at my brain. I wrote a little about it previously on Google+.

But when I wrote that I was thinking at it more from the connection standpoint. People go to social networks for connections, and an impersonal brand front is going to have trouble fitting in as well as a person from a brand that people can connect to. I still think that’s an important thing to consider, but I think there might be a little more to it now.

END_OF_DOCUMENT_TOKEN_TO_BE_REPLACED 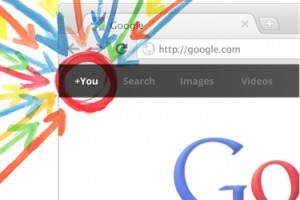 I’m writing a quick post about this both so that I don’t have to keep repeating myself, but also because it’s something kind of interesting that I haven’t seen many people talking about.

For context, at the time this post was written Google+ has been released and is still in private beta, so people are scrambling for invites.

Traditionally, invites have been handled via a company giving out a set number of invites to beta users who then decide who to send those invites to. Users might get 5 invites to send out today, and then another 5 next week. This keeps the user base of the product fixed for server load testing and usage and things like that, but it also puts users in a bit of an awkward position of having to choose between their friends. If I only have 5 invites I either have to pick my 5 favorite friends, which bums out those who didn’t make the cut, or I have to offer them “first come first serve” which then maybe isn’t exactly the people I think who might get the most use of the product. Regardless, that is the beta invite method used by pretty much everyone.

END_OF_DOCUMENT_TOKEN_TO_BE_REPLACED I used to write every single day in some form or another. Often times it would be blog posts, and often times several of them. But

and I haven’t been doing it so much recently, but I miss it and have been trying to think of how to motivate myself to write and publish things on a regular basis. This got me thinking about *where* exactly to do that.
END_OF_DOCUMENT_TOKEN_TO_BE_REPLACED Last month friend Anthony Volodkin wrote a post called “How I get excited about new ideas and companies” discussing the criteria he uses when deciding if something (in this case an idea or a company) is exciting for him. He asked others to circle back with their own own approach.

END_OF_DOCUMENT_TOKEN_TO_BE_REPLACED

Very sorry for the almost total lack of posting here in the last few months. I’ve previously written about a project I’ve been working on in Japan which we are now calling Safecast and that has been hogging an insane amount of my time. In addition to that my son is almost a year and a half old now so he’s a total handful. That said, I haven’t been offline, I just haven’t been posting here. Where have I been?

– Twitter: As usual this is the place I spent most time online and update most frequently
– Tumblr: I’m using this more and more, though it’s still largely a collection of things I find elsewhere
– Safecast Blog: This is the main place for updates about Safecast
– Safecast.jp Blog: This is a side site focusing on our actions in Japan, though will soon be rolled into the main blog.

I’m going to make an effort to write more again here soon, as I just realized I hadn’t been, even though it’s been months. Sorry about that.