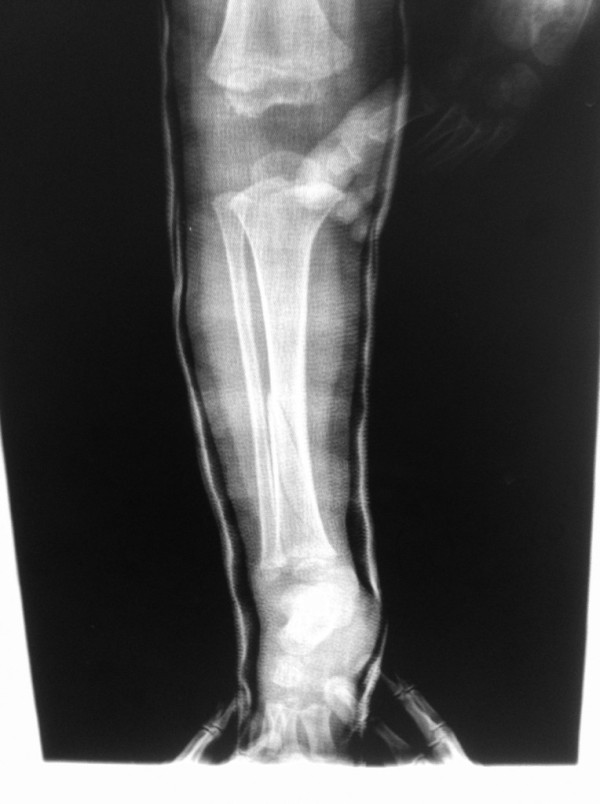 Since the second Ripley was born I’ve been terrified of the day we have to rush him to the emergency room. And I know full well it’s a “when” not an “if” – kinda goes hand in hand with having kids, right? You spend 18 years trying to not to let them kill themselves by doing something stupid. So I guess I should be relieved that it ended up happening this way.

This afternoon after we’d just spent an hour walking along the LA River, Ripley and Tara were playing outside with the soccer ball and Sidney (the dog) ran over and somehow bumped into Rips or something – Not really sure what happened but Ripley fell down and we all heard a large “crack” – I was inside in the kitchen and I even heard it. Rips screamed like he’s never screamed before. Which in itself is odd because the kid usually bounces off walls without a hitch. He didn’t shake it off right away and said he couldn’t move it. We knew something was up. Tara carried him into the house and propped him up on the couch and assessed the situation. He couldn’t stand on it. It hurt to touch. He could wiggle his toes, but a bump was starting to show on his shin. I was pretty sure it was broken.

I called the insurance to ask if we needed to do anything special. We have “got hit by a bus” insurance which will basically prevent us from going bankrupt in a catastrophe but doesn’t cover dick in the mean time, so I was already anticipating massive bills. They lived up the cliché and basically told us that since we didn’t have a professional to tell us it was an emergency we were going to get fucked if we went to the emergency room. They suggested that we A) make an appointment with an in-network doctor to get a professional opinion or B) Stop by a local pharmacy to see if the pharmacist on duty could recommend something. I pointed out again that my two year old likely had a broken leg, and asked if any of the things they just suggested made any sense at all. They just reiterated that they didn’t encourage emergency room visits without a doctor recommendation. God bless America!

We called our pediatrician Dr Jay Gordon who is a total bad ass. Seriously, I love this guy – he’s saved us from endless stress again and again. He instantly had a recommendation for us had his friend Dr Grogan call us right away. He’s an Orthopedic Doctor and we told him what happened. His office is 30 minutes to an hour away so he recommended we go to the near by Children’s Hospital, who could hook things up right away. He said if the wait was too long we could drive Ripley over and he’d be happy to see him, but didn’t want us to sit in the car all that time if it wasn’t needed.

The wait was indeed too long. FIVE FUCKING HOURS.

And almost entirely parents with kids with fevers. I overheard this conversation while we were standing in line:

So we got the hell out of that place and drove to west to Dr Grogan’s. We were in and out in 30 minutes. He took a quick xray right as we walked in to assess the situation and then put on a light cast, then a real xray to confirm his suspicion. Spiral fracture on right Tibula. A common break in kids that happens from twisting a limb too far – or falling over a soccer ball. It should be healed up in 3 weeks or so. Which means for his 3rd birthday Ripely will be getting his cast off. He was a total trooper, I’m actually pretty shocked at how brave he was.

What a wild day.