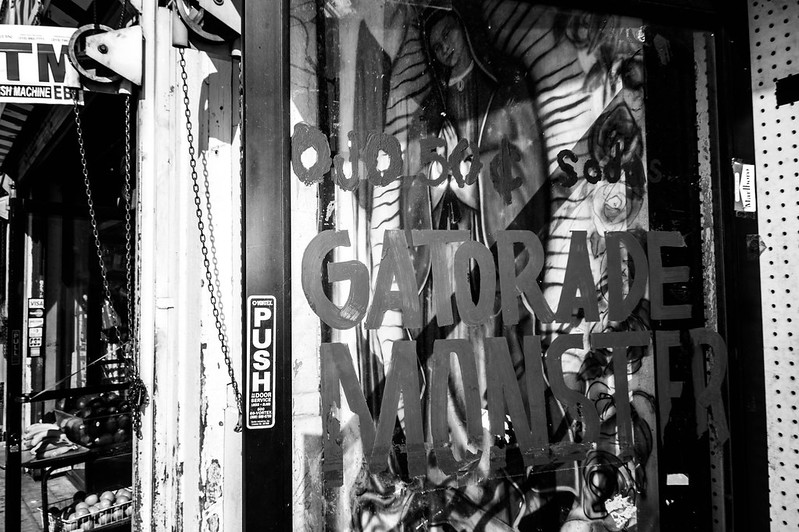 I don’t know how many hours I’ve spent in the last 2 months late at night sitting in my living room staring at a blank wordpress text entry field trying to remember even one of those brilliant blog topics I thought of throughout the day. Staring blankly and typing nothing, clicking over to twitter and tumblr hoping for a spark of inspiration and getting nothing, and going back to staring at the empty screen. And then eventually I give up and write nothing and then go to bed feeling all of the failures. I’ve noticed it because I’ve been paying attention to it, but I’ve wrestled with this same thing just playing out at different times and different places all of my life.

I’ve mentioned Steven King’s On Writing before – it’s the greatest book about writing I’ve ever read. In it he talks about his writing sanctuary, a private place he goes to every day to get lost in his work and spends the same X hours every day just writing there. He talks in depth about the requirements of this space and peace and quiet and ‘do not disturb’ are huge cornerstones of it for him. I’ve seen other writers – writers who actually write stuff mind you – talk about similar spaces. I’ve tried to recreate that, again and again to be honest and each one has been a disaster. I don’t really find sanctuary in sanctuary. But I keep trying because I have some twisted perception that it’s what I should be doing.

Which is stupid, and I know it’s stupid. Everyone has their own thing that works for them. What’s even more stupid is that it took me reading this column by Henry Rollins to realize and accept what works for me. I don’t know what I was in such denial, or why I needed someone else to say it was OK for me to be comfortable with it.

The work (and I’m talking about writing here) I’ve been most proud of has never been created in sanctuaries. It’s been spit out at coffee shops and cafes. I find a corner, put on headphones that block the rest of the world out of my ears and blast music that inspires. It’s important, I’ve found anyway, that it can’t be the absolute most favorite music because then I end up just singing along and not getting any work done. If I put on Gorilla Biscuits I’m not going to write shit. But if I put on My Bloody Valentine I turn into a fountain. Seeing the world fly around me, while being protected in my little music bubble is my happy place. It’s my briar patch.

But it really is the combination of the two. Just sitting at a coffee shop trying to write is no good. The sound of the world is too distracting. When I can actually hear what people are saying to each other I get nothing from it. When I block out that reality and put my own soundtrack on the world then I create my own stories to fill those gaps. Like how your brain fills in the blind spots in your field of vision, when I cut out part of the story it’s much easier to force manifestation of some replacement.

This is one of those posts that means more to me than to you, but thanks for sitting through it regardless.

All Work And No Play Makes Jack A Dull Boy