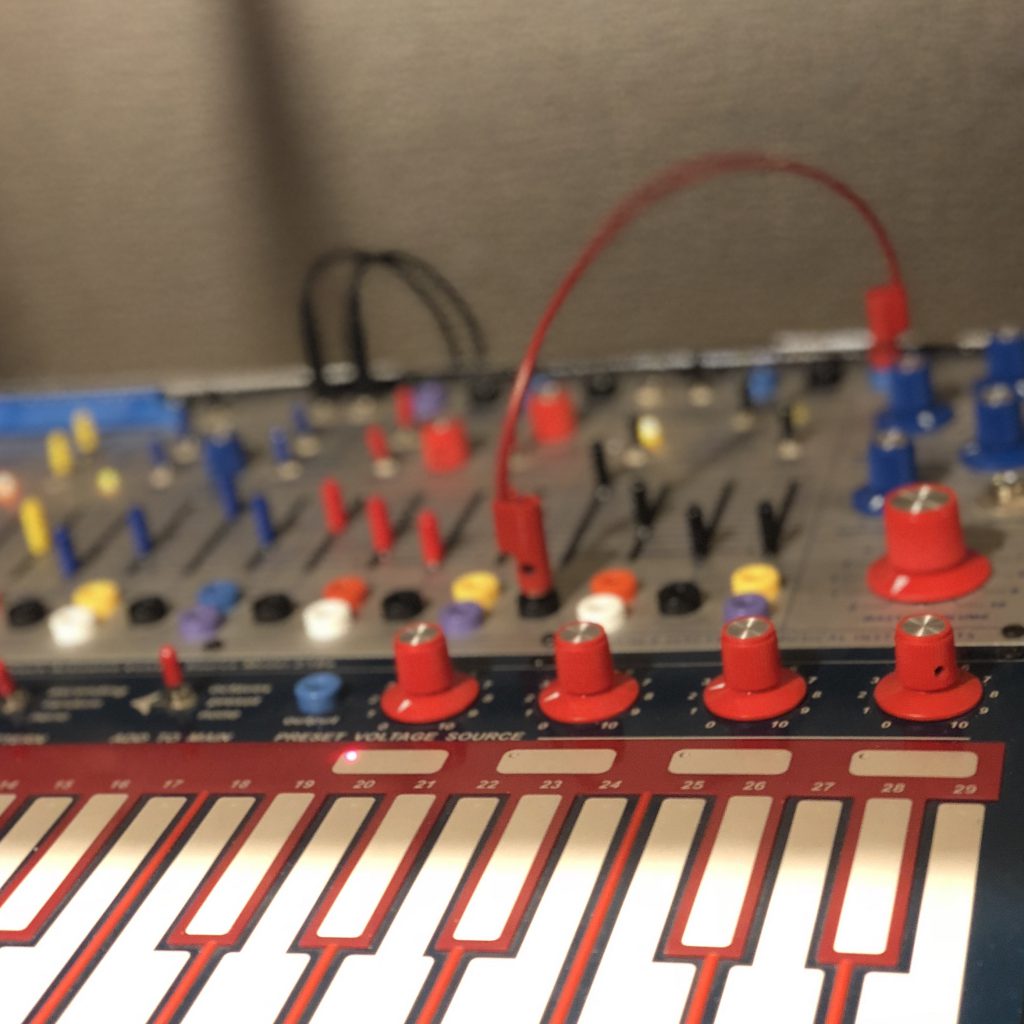 Early on Today I had one of those realizations of things I already knew in one context but hadn’t considered in another. When I think of CV, I think of quantized or gates, of tones and pulses. Of course I know that any wave with enough of a peak can also be a pulse, but That didn’t really click for me until I was trying out a patch on my eurorack system and used a triangle as a clock. When I did this I had a huge “Oh!!! I can do that on the Buchla Music Easel too!!” moment. Of course as luck would have it I was running out the door when I realized that and didn’t get to try it out until hours later but of course it worked perfectly. Using the Mod CV out I was able to send a triangle wave from the Mod Oscillator to the CV in on the mixer for the Complex Oscillator and it worked. Now I have to think about how to utilize this better, and how suddenly having only one voice changes things, but it’s certainly a new field of options I hadn’t considered.

Music Easel folks, if you have any suggestions where I should run with that, please don’t hesitate to post them.