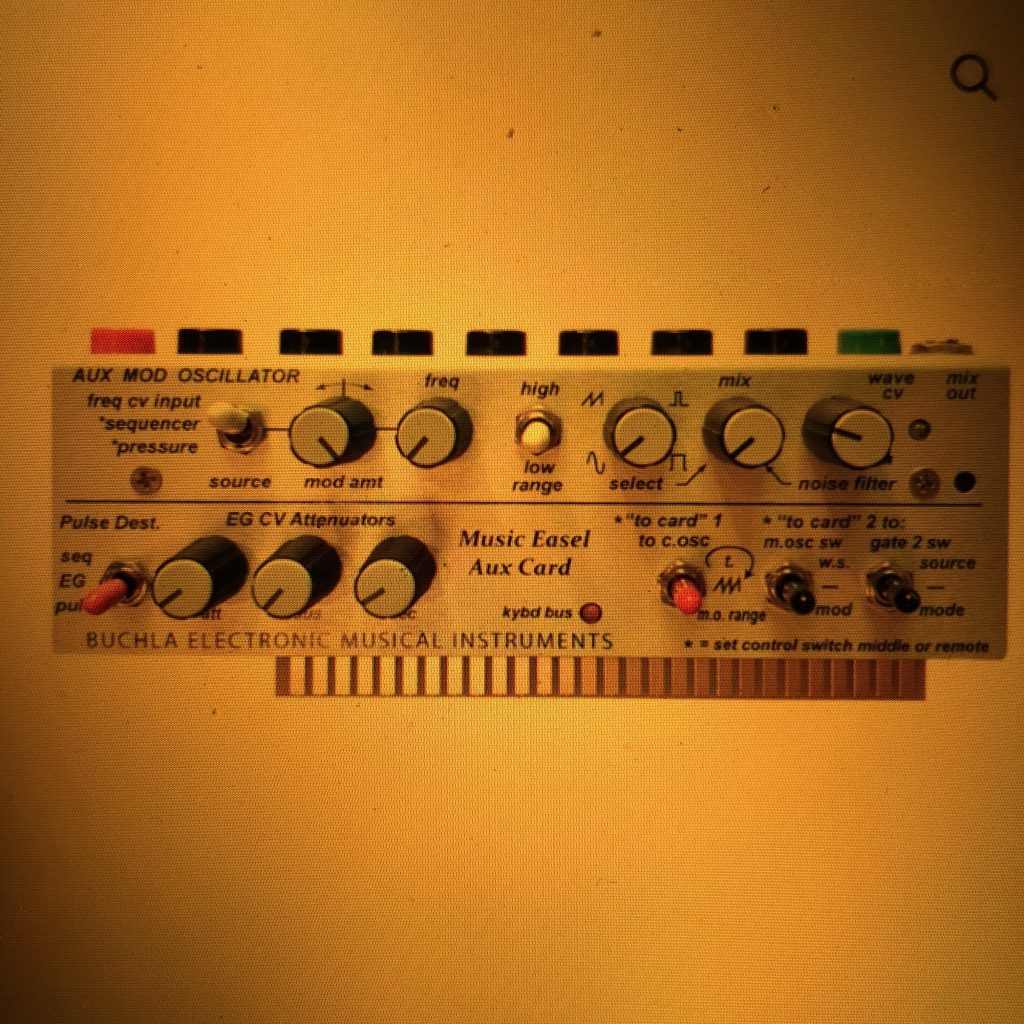 I don’t have this Buchla Music Easel aux expansion card (which is why you are getting this sweet screenshot) but I like the idea of it. I’ve mentioned already that one of the lures to the Easel is it’s limited options which force creativity and lead you into unexpected places. I find that limitation to be equal parts thrilling and frustrating. Thrilling because if you know me then you know my pull towards simplicity anywhere I can find it, and frustrating because sometimes I really just want it to do something and can’t figure out or can’t see the method to make it happen. This aux card adds and extra oscillator which is the thing I find myself wanting more than anything. It does other things too, but that’s what I’m most interested in. I’ve never seen one in person and BEMI isn’t selling them directly anymore and their list of distributors who sell them doesn’t seem to have anyone with them in stock, ever. Maybe with the purchase of BEMI by Buchla Music that just happened they will be available again. I think it’s a great idea and the perfect aesthetic match is a nice touch too.