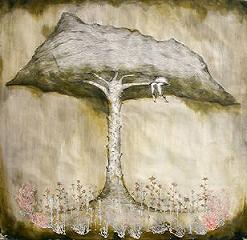 If a few random sources are to be believed then it’s official Thorns of Life’s debut album Legislators and Prophets will be released on June 30th by Desoto Records. Desoto of course is run by J Robbins from Jawbox who recorded the Thorns album, and even more rumors have him actually playing base in the band now. There is no confirmation about any of this on the Desoto Records site, the bands MySpace or Twitter so who knows. The album songlist that has been circulating is as follows:

If you haven’t grabbed the live set from Gilman yet then you are on crack because it rules. One thing that that is blowing my mind right now is that “Gemini” is listed on this track list, which Jawbreaker fans will recall was one of the super bad ass Dear You era songs that existed only in live recording format. I’ve been dying for a recorded version of it for years and if Thorns is doing that, whoah….