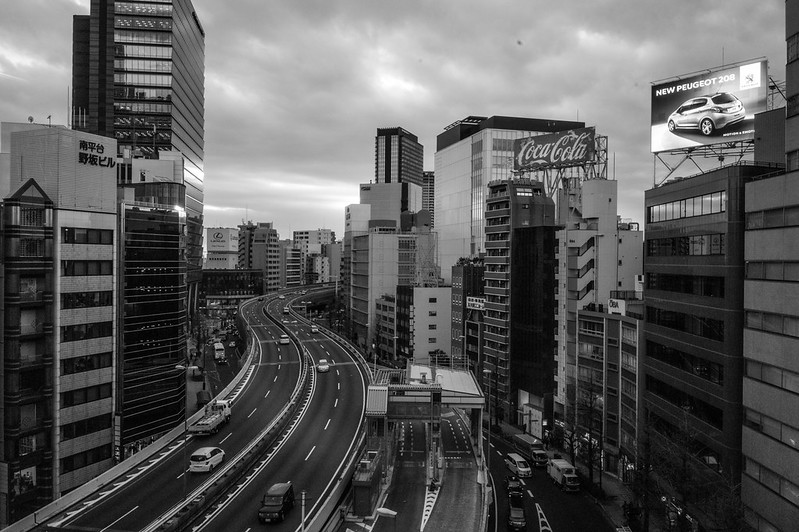 Making my way from Shibuya back to Atwater Village is time travel. It’s distorting and confusing and exhausting, but somehow it works. This is how my day played out, which isn’t too different than many of Japan->US travel days.

Saturday
7am Wake up, Shibuya.
7:30am shower, email, etc.. My original flight had been cancelled since it was on a 787 and they seem to have this “bursting into flames” problem, so United rebooked me on a new flight. I double check to make sure it’s confirmed and see they’ve assigned me a bulkhead seat which is nice because of the legroom but crappy because you can’t keep your carry on with you during take off and landing. Also no way to confirm at this late hour if they’ve processed my vegan meal on the new flight – Oh well.
8am Breakfast at hotel
9am Walk to train station and buy day-of Narita Express tickets, then back to the hotel to pack bags. Often I’ll buy round trip tickets from the airport when I arrive but if the JR office is closed when I arrive that isn’t possible.
10am Checkout of hotel, but leave bags at hotel desk. This trip, like many others, I have one small roller board suitcase and my backpack – everything fits in those two.
11am Last minute errands. Today that included helping Naim and Levi and Noa see a little of Tokyo besides the Safecast office. We walked through Shibuya to Tokyu Hands then up Cat Street making our way to Omote Sando for food.
12:30pm Lunch at Brown Rice Cafe
1:30pm Jump on the train back to Shibuya, then rush out to the hotel to pick up bags, then turn right around and go back to the train station to catch the 2:16pm NE’X to the airport.
2:16pm Get on the NE’X. Trains in Japan are on time to the second, so if you don’t get there early you miss it. I usually try and get to the platform 15 minutes early to be safe. Today I got there 3 minutes early, with elevated heart rate. The trip from Shibuya to Narita Airport is about an hour and a half.
3:47pm Arrive at NRT, get out of train station, return the WiFi hotspot I rented last week then make my way to the 4F departure floor where I’m lucky enough to have airline status that gets me an express line to pick up my boarding pass and then head to security. Laptop out, keep shoes on – That’s how they do it in Japan. No pornoscanners so no worries.
4:00pm Clear passport control and head to the airport lounge to get everything in order for the flight.
4:10pm Arrive at ANA/Star Alliance Gold lounge. This is a serious protip here- the United lounge at Narita is a piece of shit. They have no food, crappy drinks and barely a power outlet in the whole place. At the far end of the terminal is the ANA lounge and being Star Alliance Gold gets you into it – it’s a walk but it’s worth it. They have a noodle bar in the lounge, endless Inari sushi and CC Lemon on tap. As well as many other options. This lounge rocks, and usually it’s empty. Today it was packed and I had to stand for 10 minutes or so until a seat opened up. I get some food and catch my breath.
5:00pm Leave the lounge and head back to my gate. Lounge is near gate 47 and I’m flying out of 37, boarding is scheduled for 5:05 but today it’s delayed a little and everyone stands around WTFing until about 5:20.
5:20pm board the plane with first batch of folks. Head to the bulkhead seat and get settled.
5:25pm Dude sits down next to me and immediately starts chatting me up. Was I on that other cancelled flight too? Was LA my final destination? How long had I been in Japan? Business?
5:30pm Another dude shows up and has a boarding pass for the seat I’m in. I check mine and see that sometime between when I looked this morning and when I got to the airport I had been moved 2 rows back. YES! Dodged that bullet. I leave Mr. Chatty pants and go back to a totally empty row.
5:50pm I’m in the window seat and a guy sits down in the isle seat and immediately falls asleep. Flight crew announce all passengers are seated and we’re about to take off. Awesome, middle seat is empty.
6:25pm Take off!
6:45pm I confirm that United fucked up my meal request and they only have beef or salmon to offer me. I’m annoyed but I should have known and I kick myself for not grabbing some snacks earlier in the day.

The next 9 hours are a blur of short naps, light reading and watching movies I’ve already seen on the tiny screen built into the back of the seat in front of me. At some point I remember that I also have a few episodes of something on my laptop and pull that out, a much more rewarding experience.

Saturday
10:29am land at LAX. Yes, I’ve just landed about 8 hours earlier than I took off on the same day. Time travel!
10:45am get to the gate and get off the plane
10:55am skip the customs line and head to the Global Entry kiosk and scan my passport, then hand the print out to the CBP dude. Get waved through.
11:05 jump in an Uber Taxi outside the airport and head home
11:29 Arrive home. Possibly a new record time.

I spend the next few hours playing with Ripley and telling him I missed him, then he says he’s tired and I am too so we snuggle up and take a nap.

6pm wake up, think about how long the day has been. Welcome Tara home from work, wrangle up some food, hang on the couch with the family for a while.
9pm The family crashes, I try to catch up on some work that I might have missed during the epicly long day I just had.
11:00pm Remember I need to blog today and tell this story. Then head to sleep.

Biography minibio on Damien Hirst, with bits of me