Punk Rock: A History of Political (In)action and Social Response

Earlier this evening a friend tweeted:

“Punk Rock: A History of Political (In)action and Social Response.” This is a class I would attend. Any teachers out there?

And my head instantly exploded. Because obviously this should already exist, yet for some reason dosen’t. Which means I have no other course of action then to try and rectify that.

One of the main draws to punk rock for me when I was going up was that here was a group of people who by all accounts had been rejected by the society around them – they were the freaks and the weirdos – yet this small group refused to sit still and was going to actively play a roll in shaping the world around them. This was incredibly appealing to me on so many levels, and shaped much of my world view going forward. I’ve never questioned that a small group of dedicated individuals could have a huge impact on whatever they set their sights on, and I’ve always scoffed at the people who assume individuals can’t make a difference.

Amusingly enough I used to be horrified of speaking in public, and fighting my way to the front of a crowd to join a sing-a-long at early punk shows helped me get over my fear of whatever anyone else might have thought. I kept images and feelings from those shows in my head when I started pitching talks at tech conferences and it helped quite a bit. And just to illustrate how much of a difference that made – in 8th grade I faked being sick at school for a week because one class I was in was requiring students to read a paper to the class. I was so petrified of standing up and talking to the 14-15 kids in my class that I did everything in my power to avoid it. Skip ahead to last December, and I gave an hour long presentation to a 3,000+ capacity room in Germany. 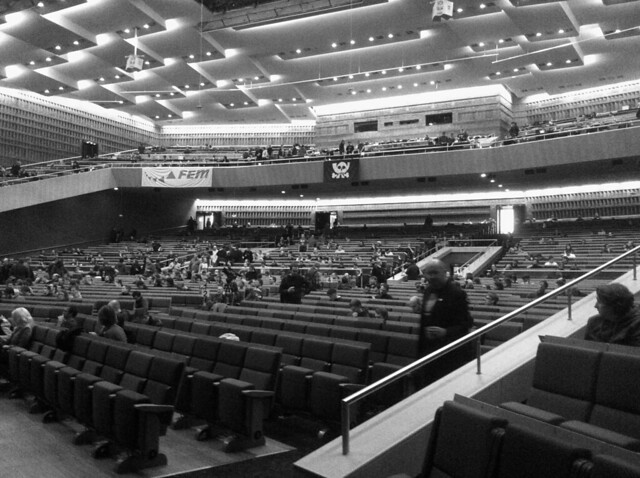 Anyway, I think Michelle has a fantastic idea here and while I know a bunch of examples off the top of my head those are going to be heavily skewed towards politics/social issues that I actually gave a shit about, and I think a class like this needs to cover as many bases as possible. I’m officially soliciting suggestions of bands/zines/movements/protests/results that I should be looking at if I were to turn this tweet into an actual course. I don’t know yet if it’s a 1 hour kind of thing, a one day kind of thing or a multi-day extended class. My initial feeling is that it would likely be the latter, though might make a super interesting lightning talk too.

I’d love suggestions from my friends here. What should I be researching?

“We’re aiming for a different goal, Succeeding where the hippies failed. But one thing’s sure and you can bet, We’ll be more than a drugged-out threat!” – 7 Seconds

Let’s talk about race for a moment