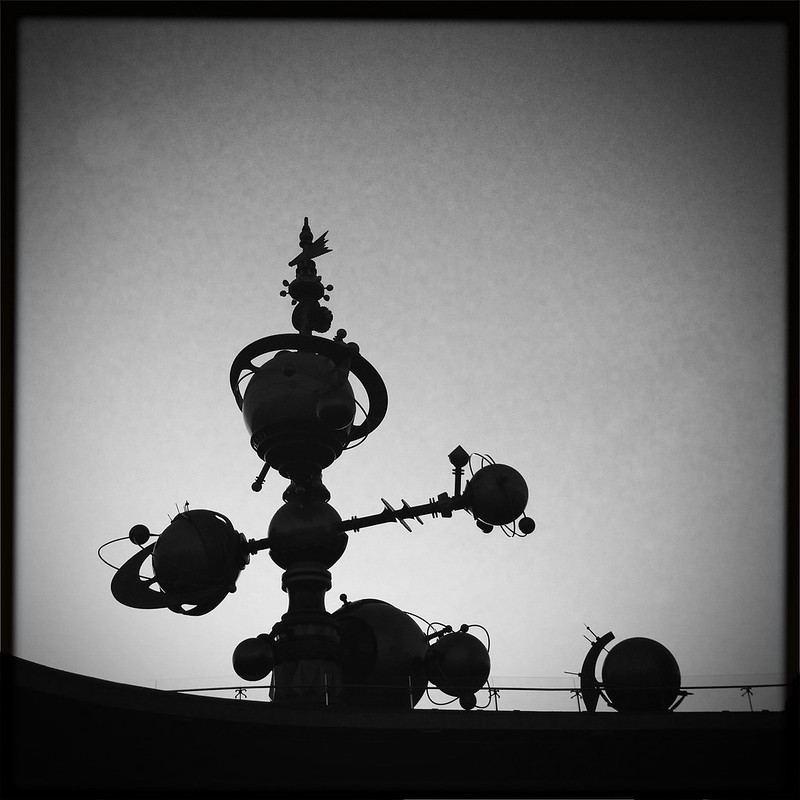 The middle aged asian guy who just sat down at the table across from me has the most painful combover I’ve seen in my entire life. It’s depressing just looking at it. He keeps brushing it over with his hand which makes it that much more obvious. I can’t stop watching him and it’s making me sad. Everything about him makes me sad, the combover was just the first thing I noticed. His shorts don’t match his shirt. His jacket is ill fitting – probably purchased in the 90’s before he put on 50 pounds. His backpack is overstuffed, like he’s trying to anticipate any thing he might possibly need throughout the day but instead of being prepared he’s stuck lugging this heavy thing around all day.

Going to Disneyland is easy for me. I live 30 minutes away and have an annual pass. If I have a few free hours and the desire I can go jump on Space Mountain and then go back to my regular life without any real interruption. I imagine that’s not the case for him. When he’s not looking around self consciously he’s focused on a map of the park. And not just casually looking at it, I’m talking hunched over forehead veins throbbing sweaty brow focused. He’s got a pen and is making some notes on it – plans I imagine.

I start crafting this guys story in my head. He’s traveled from far away for this, maybe even been saving up for it for years. Or waiting to collect enough vacation days to allow him to make the journey. It’s a big deal to him regardless and he doesn’t want to miss anything. I imagine him being a lonely guy, distant from coworkers and neighbors. But he’s used to it. I can see that all over his face, he’s very comfortable being uncomfortable. He’s comfortable being alone because that’s all he’s ever known. He can’t relate to other people. He stopped trying a long time ago.

I think about what that would be like. I travel alone when business requires it and enjoy the peaceful time with just myself that provides, I like being alone with my thoughts to help sort through them, but I can’t imagine this. If I go to the movies by myself half of the motivation is to get away from everyone and escape to some other world, even if only for a few hours. This guys motivation isn’t to get away, it’s to go to Disneyland. Being alone isn’t the goal of his trip, it’s just business as usual. I wonder how long it’s been since his last non-transactional conversation he’s had with another person. I can picture years and years of slogging away to an office and never talking to anyone. The same as his trip here to Disneyland – he’s on his own with all of this activity around him that he’s not a part of.

And he’s hiding out in this corner of the park studying this map to make sure he doesn’t miss a thing.

I try to picture him on a ride. Does he enjoy it? Does he smile? Or is he just crossing things off a list. I want to think he enjoys it. I want it to make sense. I want this to be enjoyable for him. I feel his pain and isolation and I desperately want this trip to the happiest place on earth to have an impact on his life. I want to see him stop fucking with his hair and smile. I want to see him content, I want him to feel that this trip was worth it. That the years he planned and saved to be here weren’t for nothing. I don’t want him to go home, back to his depressing life thinking this dream trip was yet another disappointment. One more thing that didn’t live up to the hype.

And then, my whole story is shattered when his family joins him at the table with a tray of food. His wife, his kids. They speak english. He smiles. They smile. His wife kisses him without even thinking about it, like it’s just this second nature thing. It doesn’t even require a reaction because it’s so common place. He’s loved and he knows it. Nothing I thought about him is true. Visiting Disneyland is as second nature to him as it is to me. He can come here anytime he wants, and his family and friends are easily in tow.

I’m suddenly so happy for him, and at the same time horrified about what all this says about me.