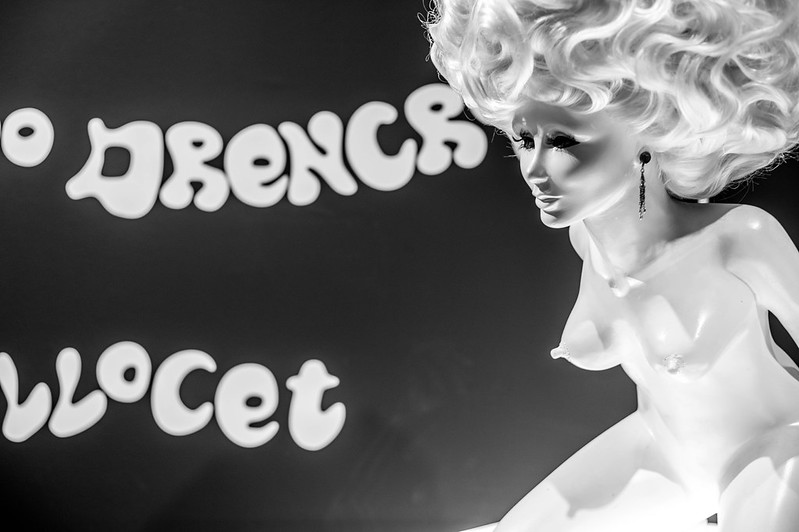 “Kelly told Alice that she thinks you are cute”

Stereotypical high school grapevine courting. It happened all the time to everyone. Except it had never happened to me. I’d forever been in the role of passing on this kind of message but had never had it directed towards me. Of course I always dreamed about what would happen when my number finally rolled around. When one of the oh so many girls who I stared at for endless hours in school would finally notice me. One of them, which one I hoped it would be changed often enough that it really could have been any of them, but one of them would realize that right there in front of them was the guy that they were dreaming about when they at home singing smiths songs. I never liked the Smiths mind you, but they all did. It would be like turning on a light in a dark room filled with furniture, suddenly everything would make sense and we’d both know it. We’d instantly know everything about each other and understand every thought the other had. We’d do things that people who were dating did like hang out and go to the mall together. We’d hold hands absentmindedly while doing something else – just for the comfort of knowing the other person was there. We’d snuggle up on a couch and fall asleep next to each other while watching a movie. We’d probably kiss. Then we’d have mountains of sex. We’d live happily ever after. It was just a matter of time before all this came to pass, either that or I’d grow old and die alone. But one of those things was sure to happen. It was just a matter of time.

She wasn’t one of the girls I currently (or recently) had had my sights on, but no matter because she was one of the girls. This was happening slightly differently that I’d expected, but these were variations I could deal with. It turns out that Kelly was one of the girls who from time to time would sit at table during lunch which meant she was at least a friend of a friend. But let’s be honest here, we’re talking about Bradenton, Florida so anyone who was the least bit weird at some point ended up stuck with the rest of us. You didn’t want to be one of the weird ones in Bradenton. You were supposed to want to fit in, to play sports and have rich parents.

Her name wasn’t even Kelly. I’m not changing it to protect the innocent or anything like that, I just can’t remember it. If I really cared about creating some historically accurate document I suppose I could find a yearbook and look her up, but I don’t really care. That, and I threw out all my old year books a few years ago. So for this her name is Kelly, but really it doesn’t matter. This story isn’t about her name, it’s about her and me and it’s about the events of these few weeks.

The next time I saw her I went out of my way to say Hi and be friendly, without being obvious and without letting on that I’d heard the scandalous rumors that she thought I was cute. That would ruin everything. Besides, I wasn’t the one who thought she was cute so I didn’t have anything to worry about. But she was cute, in a weird kind of way. I’d just never noticed it before. Or maybe now that I had this insider information I looked at her differently. I noticed her anyway, which I hadn’t before, so there’s that. She was smallish, both in stature and weight. Her short bleach blond hair was plastered down to her head with some kind of plastering hair product or matted from unwashed grease, I couldn’t tell which. She touched it and looked away and smiled nervously. Her white T-shirt was at least 4 sizes too big and her arms looked toothpicks sticking out of the sleeves. She wore boys jeans with what was probably her fathers belt. Her super pale skin was harshly contrasted by the dark red lipstick she was wearing, or had worn many hours ago because it had turned black and caked up in the corners of her mouth and edges of her lips. I assumed it was lipstick anyway, it might as well have just been remnants from a lolipop or something. She was awkward on every level, and I thought it was fantastic. How had I not seen her before?

Small talk ensued. Who knows what was said. High school stuff I guess. Same for the next few days until she finally suggested I come over to her house that weekend to watch a movie. I didn’t even have to think about it, I said yes. I offered to rent something from Blockbuster. It was a date. Her sister (a year younger) would be there and Chris could come with me. So it was a double date. Or something, but whatever. It was something and that was what was important to me.

I had lots of friends who were girls, in hind sight probably my actual best friends during my high school career were girls – though I certainly didn’t know it then. I knew we were friends, I knew we were good friends, but I just chalked up whatever feelings I had for them on passing crushes and endless disappointments that they were always dating the wrong guys. Those would be any guys who weren’t me, and in the worst cases would be guys who weren’t me but were friends of mine. I didn’t realize then, or for many years afterwards just how important those friendships were for me. I had no idea they were all just as lost and scared and confused as I was and we all helped each other get through those nightmarish up times in one way or another. I thought I was the only one and that they all had everything figured out.

But this was different, confirmed by random rumors, this was a girl who didn’t just want to be my friend, she “thought I was cute” which was code for “in love with” or something similar. So it was a whole new world for me.

As the weekend approached I heard more rumors. Kelly was excited that I’d said yes to coming over, she couldn’t wait. Some motherfucker who I had thought was a friend of mine had apparently asked her quite bluntly what she would do if I tried to kiss her? She had responded “I’ll kiss the hell out of him.”

What the fuck kind of pressure was that?! Of course I wanted to have the hell kissed out of me. I didn’t even know what that meant and if I’m honest I probably still don’t, but at this point in my young life I’d never even kissed a girl anywhere near the lips so this was a challenge I didn’t know if I was up for on any level. If the time was right and the opportunity presented itself and I could some how get up the courage to try and kiss her I was faced with having the hell kissed out of me. And here’s the funny thing about how my head works – I was still scared of rejection. I was petrified that if I tried to kiss her she’d reject me, even though she was running around school telling people she thought I was cute and that she wanted to kiss the hell out of me. It was a sure thing, but I couldn’t convince myself that my odds were any better than 50/50 – maybe worse.

But thanks to some miracle the world didn’t end before that weekend, so all I had to do was show up. Well, I had to pick a movie and show up, but that was the easy part. That weekend I found myself staring at the shelves in Blockbuster, walking up and down the isles looking at VHS covers. Comedies, Dramas, Horror… what should I pick? And then I found it. I was a self respecting punk rock kid in the middle of no where in the late 1980’s so of course I was a fan of Kubrick’s ‘The Clockwork Orange.’ I say “fan” in that I had a poster of it up on my wall and I knew the characters wore Doc Martins and there were some kind of vague skinhead themes but I’d never actually seen the movie. Or read the book. But I had the poster in my room, I mentioned that right. So this would be the perfect. Word had it this was the quintessential “alternative” movie, so watching it together would likely solidify our shared weirdness as well as give us some connection to the rest of the weird kids out there in the world. It would be awesome.

I don’t remember which during rape scene it was exactly, but one of us noted that this whole thing was incredibly awkward.

Kissing of any caliber was postponed indefinitely and Chris and I picked up our skateboards and headed home, perhaps in a bit of shock. The following week we all acted like nothing had ever happened. Like the story Jason Lee’s character tells in ‘Mallrats’ about his uncle who was on a plane that lost pressure. Everyone on the plane thought they were going to die so they all started masturbating figuring if the were going to go out that would be the best way to spend the last few seconds of their lives – except the plane rights itself and lands safely. Everyone on the plane put their respective junk away and acted like nothing had ever happened – just happy to be alive. The four of us were unable to process what we’d just seen, and at the same time realized there was no going back. But we were happy to be alive. I remained casual friends with Kelly though we never hung out outside of school again and no hell would be kissed out of me by her, or vice versa.

Bits and Pieces – The Guns Of Bradenton