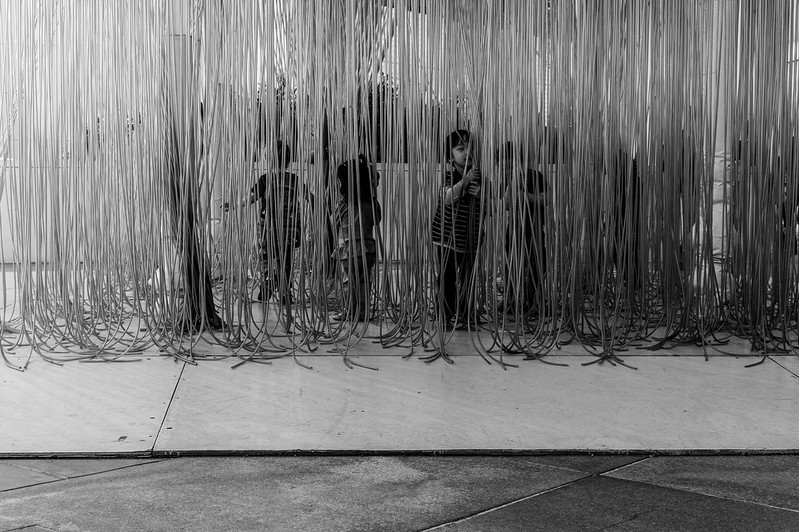 For me, part of the problem with clutter is that it gives me too many choices and then I spend endless time and mental effort worrying if I’ve made the right choice, or if I should have used something different or tried something a different way. When I was poor as shit and had one jacket, I never worried if I was wearing the right jacket – if it was cold I wore my jacket. If it was really, really cold I wore my sweatshirt too. End of story. I wasn’t stressing all day that I’d worn the wrong jacket.  Many years of busting ass and creating opportunities and a life for myself I have several jackets. One is heavier, one lis lighter, one is waterproof, one is water resistant, one is wind proof, etc… the marketing that causes this situation is obvious, but the result is no matter what I wear, I’m worried that I wore the wrong thing – I took the light jacket and I’m still cold, I took the heavy jacket and I’m too worm, it started to rain and my water proof jacket is at home, and so on. For me, having more options rarely works out to my mental benefit, which is in part why I spend so much time thinking about what the perfect single solution is and then limiting myself to only that.

Having less money to play with made that easier, because I could only buy one thing, and if I bought the wrong thing I had to sell it to buy the right thing. Having more money to play with means I can try other things without getting rid of previous things – or get two things to try and the same time and see which is best. But it never ends up that cut and dry, and as the years pile on so does the closet and drawers fill with choices. But really they aren’t choices, they are clutter. Physical and mental, because even if I don’t use them they are in the back of my mind and I either feel guilty that I’m not using them or disappointed that I haven’t gotten around to getting rid of them yet. When I simplify to one option – that I actually use – all that stress goes away. I’ve learned that about myself, which is helpful.

We’ve been in our new place for a year now and it’s time to deal with things that might still be in boxes from the move, or things that I thought I lost in the move and replaced and while going through old moving boxes found, and now I have choices. And clutter. When it’s a little bit it’s easy to push aside, but the more it grows the bigger it weighs on me and the more I realize I need to address it and deal with it, so I’m putting time aside this month to think about and address just that.

This isn’t only a physical, I end up with digital clutter too. I have 5 writing apps on my ipad & 3 note taking apps. Some sync with Google, some with Dropbox, some with a native desktop app that I have on my laptop and or phone. Some don’t sync with anything but the user interface and experience is really nice. So when I need to write something down I need to decide is this just a quick note to myself, or something I’m going to expand on later in longer form. What if it’s a note to myself by *might* become something longer? What if I’ve already got some similarly themed notes, now I need to remember which app, which system, which process I used to take those notes before. Once I’m past that I need to think if this is writing that is just for me, or is it something I’m going to want to share with my team for collaborative editing? Or what if it’s something I want to just share with my wife, like a grocery list, which apps is she using? Or what if it’s something I’m just writing for myself but will later want to do something else with? If I’m going to post it to my blog I need to keep that in mind because the ipad doesn’t copy and paste text with links very well (at all) so maybe I need to write it in a blogging app instead of a writing app. Or what if I’m going to send it to an editor, which app are they using? It gets chaotic pretty quickly. It’c clutter. So in part of this I need to look at what workflow works for me, and streamline around that, get that nailed and then later consider how others might interact with it, but if I have an idea I want to just write it down, and to spend no time at all thinking about how and where to write it down.

Part of this is admitting that there is no perfect solution for everyone, there’s what works for me and I should more often trust my gut and less often worry about conflicting recommendations or reviews. That applies to all of this. If my jacket works and I like it, why do I find myself looking at jackets in the store? It goes back to trusting myself and the choices I’ve made, and accepting that I certainly did the research and made those choices for a reason – there’s no value in second guessing myself after the fact.

In future posts over the next days, weeks, I’ll dig into the nitty gritty of which apps I have and which I’m choosing to keep and why. Why this pocket knife is more practical than that one. Why these shoes work and those ones don’t. Why of the 5 water bottles I have in the kitchen, I always use this one and the others shouldn’t be even there in the first place.

Maybe some of this thought process will help you sort through some of your own clutter. Maybe not.