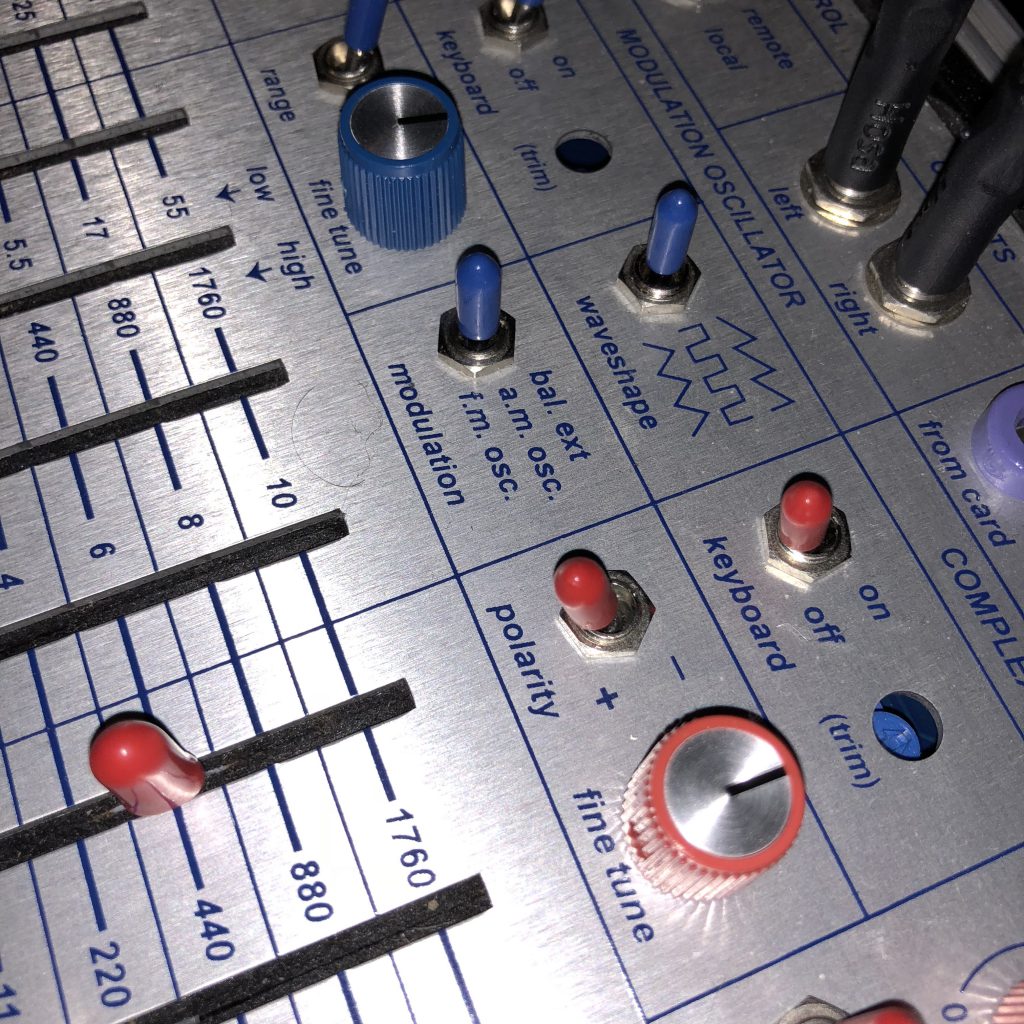 Day 6 & 7 in my Buchla music easel project were videos of an atmospheric set up doing its thing. I had a really long pulse driving the sequencer which is was to 5 steps, but only one of which is sending a pulse to trigger the envelope generator which has a really long attack and decay. A subtle pattern is running on the sequencer to manage the pitch of the complex oscillator, mod osc is keyboardable should I feel like it. The easel is then running into my Retro Mechanical Labs JnH distortion then into a totally cranked Strymon Blue Sky. I’ve had this patch just running for the last hour or so.

Day 8. I tuned my Music Easel today. I’ve never done that before and many Easel owners I’ve spoken to haven’t either. I guess is assumed it would ship from BEMI all set and ready, and I don’t know if it gets out of time by moving it or anything but it was definitely off and I don’t know how well I did but I tried. You can tune it by adjusting the little trim pots on the complex and modulation oscillators, watch Todd Barton’s video on YouTube for the specifics though I can’t tune by ear so I used an iPhone app. In fact it made me wonder about my other synths and if I can/should tune them, though I don’t know how either.