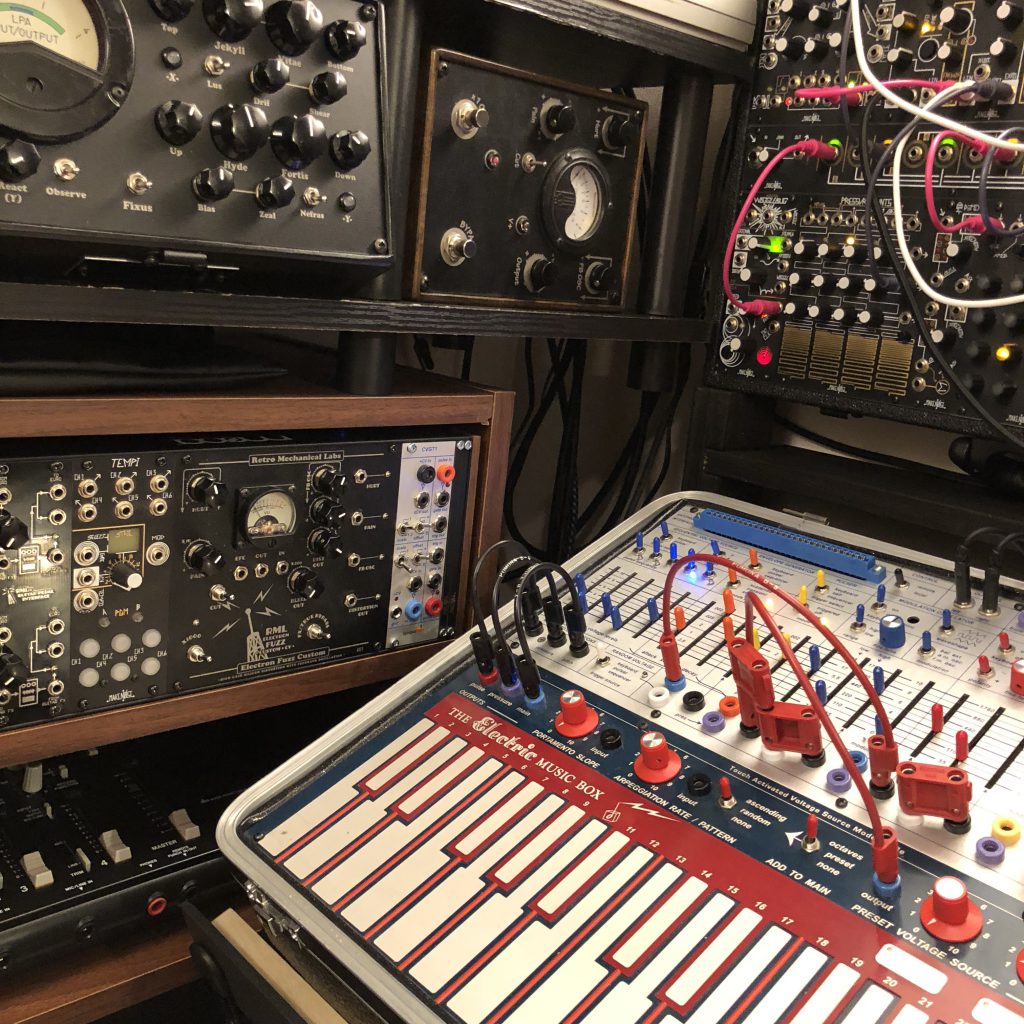 If it feels like I missed a day that’s because I missed a day. Basically I decided I needed to move a few things in my synth closet and ended up staying up all night ripping everything apart and it was a serious disaster. Anyway, it’s all coming back together now. The new arrangement puts a few pieces closer that are possible bridges between systems. Of course there is the audio in into the Buchla Music Easel which I’ve never used but often thought about using. Having it closer to some of my other stuff makes that more possible, and of course the CVGT1 Eurorack module which I’ve under utilized since getting ahold of, it’s now right there between the two and I can definitely see using it more often.

That said, the whole point of this month long project was to dig into the Easel more, so I kind of took a few steps backwards by doing all this other work but it’s good to scratch creative itches every once and a while and I finally recorded something tonight which I haven’t done since moving to Tokyo so I’d say that’s a success right there. Tomorrow I’m back into the Buchla.