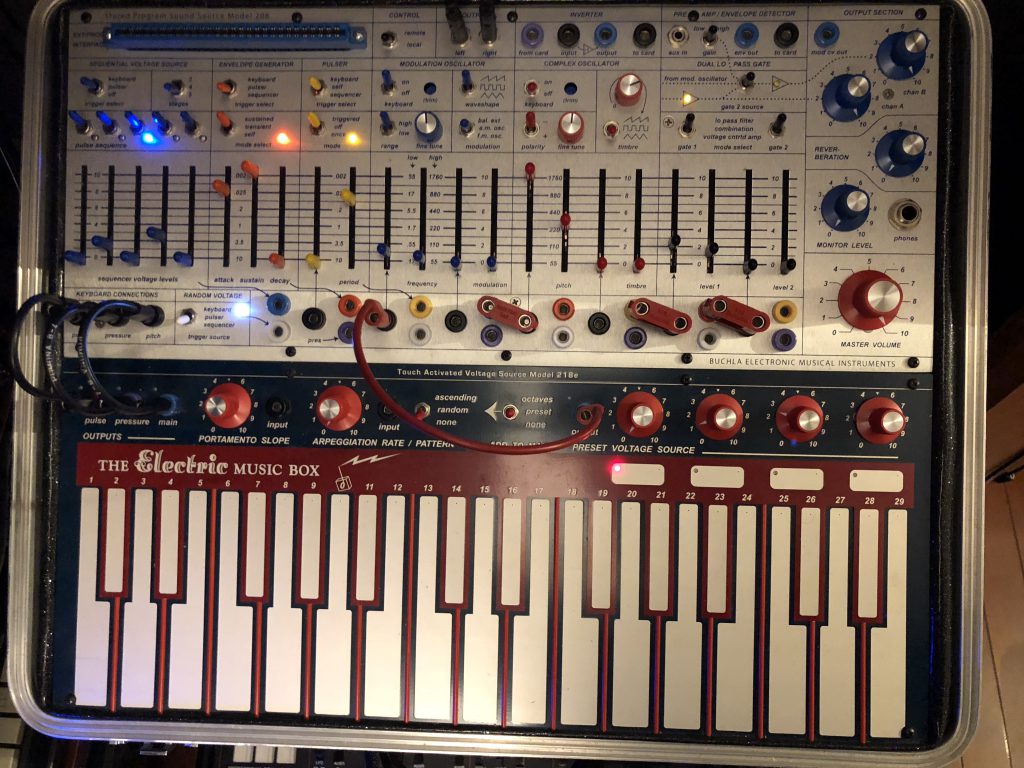 When I pick up my guitar and hit a note I’m pretty certain what it’s going to sound like. The G chord I play today will sound the same as the one I play next week, or next year. Sure I can fuck with the settings on pedals but that’s almost post processing. The guitar sounds the way it does. With the Buchla Music Easel that isn’t such a sure thing. The slightest variation in a slider position or variance in tempo and everything sounds different. Take the patch here as an example. I was really enjoying where part of this was heading but feeling a little stuck on another part. I wanted to try something out but it would require undoing everything here. But not wanting to lose what I had I took a photo that I assumed I could reference later and try to reconstruct it. That didn’t work out for me. The thing I wanted to try out didn’t sound right, so I pulled out this photo as reference and tried to recreate what I had earlier and but just can’t get there. Switches and knobs seem to be in order but the oscillators sons totally different. It will require more tweaking to get back to where I started, but that will have to wait until tomorrow.